Is Kanye West Dropping Out of the U.S. Presidential Race? 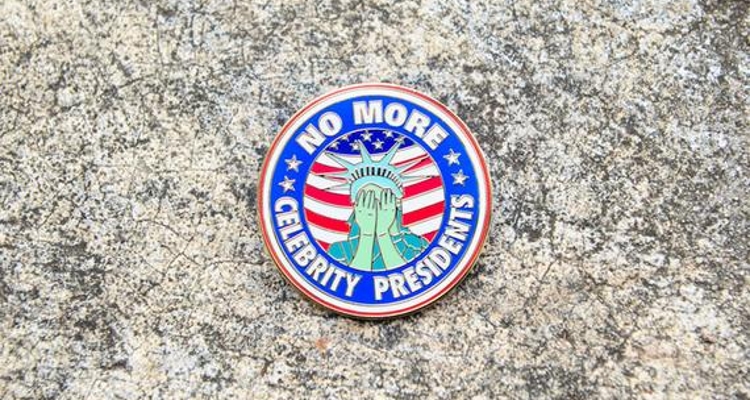 Just ten days after announcing he will seek the presidency, a member of Kanye West’s presidential campaign says it’s over. But an interesting filing has also surfaced.

On July 4th, Kanye tweeted that he intended to run for president in 2020. The announcement was met with mockery online, with many pointing out he was ineligible to appear on the ballot in many states. A follow-up interview with Forbes magazine highlighted just how bat-shit crazy Kanye’s ambitions really are.

During that interview, Kanye promised to run the White House like the nation of Wakanda. You know, the fictional African nation from the comic book, Black Panther. That’s not even the most outlandish claim West made during the interview. The 43-year-old rapper rambled for four hours and claimed his 2020 slogan would be, “YES!” and his running mate would be Michelle Tidball.

During that interview, West admitted he registered to vote for the first time on Monday. He also admitted he had not registered The Kanye West presidential campaign with the Federal Elections Commission, a required first step. West told his interviewer he was forming a new political party called the “Birthday Party” because “when we win, it’s everybody’s birthday.”

“When I’m president, let’s also have some fun,” West said of his presidential campaign. “Let’s get past all the racism conversation, let’s empower people with 40 acres and a mule, let’s give some land, that’s the plan.”

The interview comments drew widespread controversy online. Despite meeting with Trump several times at the White House, West said he is no longer a Trump supporter. “It looks like one big mess to me,” he says. “I don’t like that I caught wind that he hid in the bunker.”

Now, multiple campaign professionals say West took early steps to get his name on the ballot in Florida as a third-party candidate. To qualify as a third candidate, Kanye West would need 132,781 valid signatures in less than a week. On July 9th, TMZ reported that his family was concerned about West’s mental health.

“I’ll let you know what I know once I get all our stuff canceled. We had over 180 people out there today,” Kramer says.

That suggests that the Kanye West presidential campaign for 2020 is dead. But separate from the problems in Florida, the West campaign has registered a ‘Form 1, Statement of Organization’ with the Federal Elections Commission.  That form (see below) indicates that Kanye 2020 is the official campaign organization for presidential candidate Kanye West.

The party in the filing, BDY, stands for “Birthday Party”. 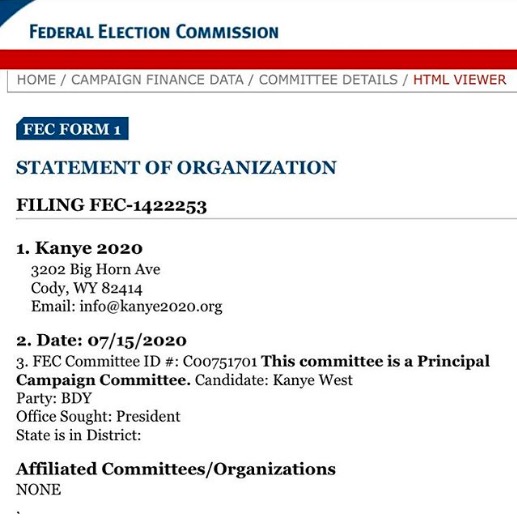