Want Your Music In a Major Gaming Series? Meet the Guys Who Create Their Soundtracks 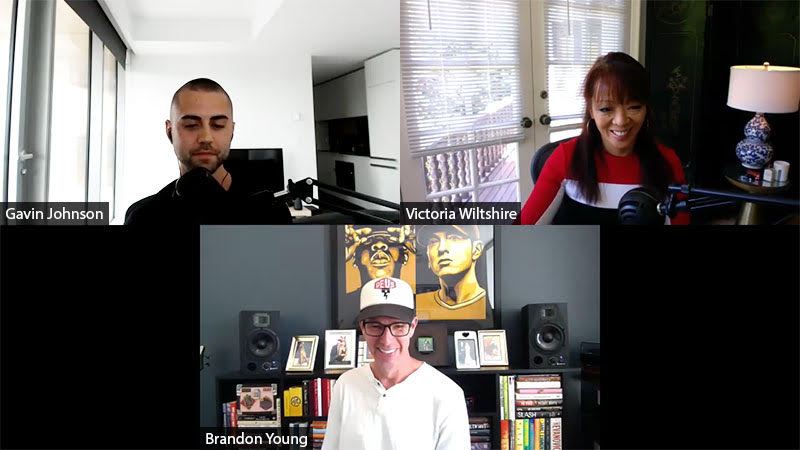 Digital Music News was on hand for the virtual function, moderated by Songtradr CXO Victoria Wiltshire.

The Happy Hour livestream’s first featured guest, Brandon Young, is Activision’s Senior Director of Music Affairs. For nearly two decades and running, Young has arranged the in-game and promotional soundtracks – including identifying suitable music and negotiating deals with artists and labels – for famed series like Call of Duty, Guitar Hero, and the Tony Hawk franchise. Along the way, he’s worked with internationally-renowned artists such as Metallica, Aerosmith, and Taylor Swift.

Gavin Johnson, head of gaming at indie electronic music label Monstercat, joined Wiltshire and Young. During his eight years at the helm of the Vancouver-based brand’s gaming division, Johnson has cultivated ongoing music partnerships with the developers of Rocket League and Beat Saber.

Given the tremendous (and continually growing) scope of the video game sector, which encompasses approximately 2.5 billion players and over $150 billion in annual revenue, it goes without saying that games can offer artists a multitude of sync licensing opportunities.

To be sure, Young indicated that the upcoming remastered edition of Tony Hawk’s Pro Skater 1 + 2 (scheduled for release on September 4th) will be equipped with about 40 new tracks, in addition to most of those included in the original games. Additionally, frequently updated titles like Rocket League offer ongoing sync openings for artists, with Monstercat’s five in-game soundtrack DLC packages presenting a prime example.

However, both guests stressed the immense importance of tailoring music to fit the video game medium. Like other visual media sectors, gaming covers an array of genres and experiences. But regardless of musical style, artists should take a few simple-but-essential steps to increase their video game sync prospects.

“Lyrics are a big one…so many tracks get turned down because of lyrics,” said Johnson. “Lyrics need to have a specific message.”

Though there’s no one-size-fits-all solution to writing lyrics that are well-suited for gaming, Johnson stated: “We’re trying to really build an ecosystem where we’re placing music that can drive memorable and magical moments in-game. … So that through those moments, you’re creating a new identity for the song, which results in longevity for both the game and for the song.”

Building upon the idea, the Monstercat gaming head highlighted the significance of a track’s duration. Longer and more involved than other forms of visual media, video games generally play songs in their entirety, as opposed to featuring portions of tracks. Accordingly, a song’s length directly affects its viability for in-game placement, with professionals strongly preferring songs in the range of three to four minutes.

Young spoke in the same vein, emphasizing the role of songs’ duration as well as their freshness across many hours of gameplay. While crafting the soundtrack for the upcoming Tony Hawk game, he and his team forwarded possible selections to the developers, whose opinions determined whether the tracks would appear in the title’s final version.

“We plug the songs in that we’re thinking about for several weeks while the developers are building, and if it starts bothering them after a short period of time, then that song doesn’t make the cut. We want a song that will have that longevity of being able to sit and play through over and over without getting too repetitious,” said Young.

Additionally, the Activision music affairs executive stated that he generally seeks songs equipped with vocals for his projects. That’s another noteworthy contrast between sync and other forms of visual media, which typically utilize vocal tracks and instrumental pieces in roughly equal measure.

“I would say we probably end up using a lot more vocals than we do instrumentals. … I think when we are using music in-game, we want the real deal that has the vocals on it,” he said.

Admittedly, the same can be said of sync licensing in visual media as a whole. Still, the point bears particular meaning in gaming, owing to the amount of music that soundtrack coordinators work with. When a game includes somewhere in the ballpark of 100 songs, there’s simply not much time to dedicate to closing complex agreements.

For example, Young relayed that he was able to relicense “almost all” the songs from the first two Pro Skater games (released in 1999 and 2000) for the HD remaster, but encountered a couple of defunct labels “where we just weren’t able to actually track down those rights.” This unfortunate point – for the game, fans, and the involved artists – is indicative of a modern-day sync negotiation style that prioritizes convenience and expediency.

In other words, when it comes to sync licensing in gaming, artists have additional incentive to maintain control of their music.

“These songs need to be lightweight from a rights perspective. The rights need to be – for the master and the publishing side – easily clearable, usually one stop,” said Johnson. “For today’s day and age, try to be a bit more independent with the production as well. Don’t include too many writers or too many vocalists. … Be conscious of the rights that are gonna go into that when you try to clear it for a developer.”

Victoria Wiltshire expanded upon this advice by exploring the value of securing and organizing songs’ various file types.

“Whatever platform you’re using to upload your music, ready for licensing, make sure you have all the versions there. Get them prepared at the point of production,” recommended Wiltshire.

And as the roundtable’s main discussion made way for the Q&A portion, Young voiced his disappointment with being unable to consider each of the artist submissions that reach his inbox, due to the sheer volume and the constraints of his schedule.

“I’ll just call it what it is: It’s a bit unfortunate that I don’t listen to a lot of the stuff that comes my way,” said Young.

Wiltshire then asked the Activision exec how artists can garner the attention of video game sync professionals, and he responded by noting the value of networking, aligning with qualified companies and representatives, and, probably more than anything else, maintaining a positive mindset.

“I think you just gotta, sorta, keep pushing at it, keep driving, and just try to figure it out,” concluded Young.

Because of the fast-moving nature of the contemporary music industry, the things artists fail to do often prove most consequential; one critical oversight can very easily offset multiple steps in the right direction. By organizing songs’ source files, tailoring their lengths, and bearing in mind the impact of their lyrics, artists are setting themselves up for sync (and career) success when the right doors open.

It’s a matter of recording small day-by-day improvements and capitalizing upon opportunities as part of a larger journey towards long-standing goals.

Fans can catch the full replay of the Songtradr Happy Hour on YouTube. The next edition – scheduled for Thursday, July 23rd – will explore effective means of connecting with fans on social media.