As TikTok Faces a Ban In America, Instagram Reels Prepares to Launch In 50+ Markets 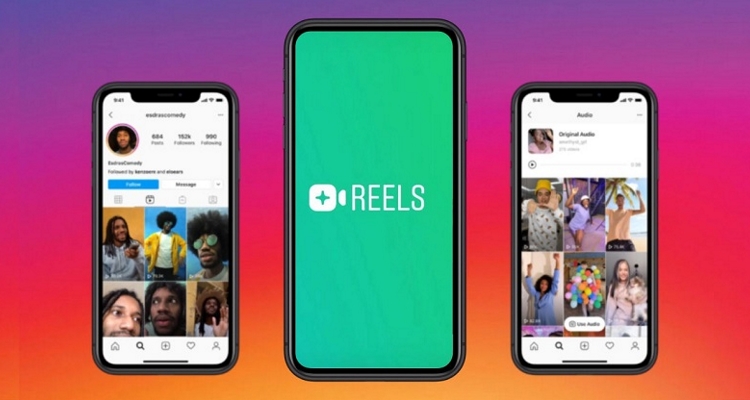 Facebook is prepping to launch Instagram Reels in the US and 50+ other markets as rumors of a TikTok ban continue.

Instagram Reels first launched in Brazil last year as a test-bed for the TikTok clone feature. As TikTok became the subject of a ban in India, Facebook began expanding Instagram Reels availability. First, the company rolled the service out to France and Germany, then expanded to India. Now sources say the company is prepping a more extensive global launch amid TikTok US ban rumors.

Instagram Reels allows users to create 15-second video clips set to a vast catalog of music. Users can also borrow and remix audio from other people’s videos. The ‘Featured Reels’ section is designed to be just as viral as TikTok’s.

Facebook will launch Instagram Reels in the United States, the United Kingdom, Japan, Mexico, and 50 other countries. Users will be able to access the new feature by tapping the ‘Reels’ icon. The feature will help ‘ease the transition’ when the Trump White House finally issues its US TikTok ban.

Facebook has more than 3 billion users across its host of services. The service spent most of 2016 trying unsuccessfully to acquire Musical.ly, making several offers.

Musical.ly was eventually acquired by ByteDance, who merged the service with TikTok. TikTok then spent most of 2018 poaching employees from Facebook for its new Los Angeles office. Now, it seems that Facebook’s penchant for copying what it can’t acquire wins out here.

A TikTok ban in the US will send millions of US users flocking to Instagram Reels, something Facebook is betting on. The Indian ban has already seen homegrown Indian short-form video apps growing exponentially since the TikTok shutdown.

And Facebook isn’t shy about admitting when it’s best to copy a feature, either. After Instagram Stories rolled out, essentially mimicking a Snapchat feature, Adam Mosseri admitted that stealing good ideas is in the company’s DNA. “We are in a place where we have to be willing to acknowledge when someone did something awesome and try to learn from it,” he told interviewers at the time.

The ironic thing is that everyone is so eager to copy TikTok’s virality – but TikTok itself is a clone of Twitter’s Vine. Twitter shut down Vine in 2017, months before Facebook started trying to acquire Musical.ly seriously. Many former ‘Viners’ ended up on Musical.ly as its replacement. Twitter must be kicking itself for shutting down a platform that could have become TikTok before TikTok did.