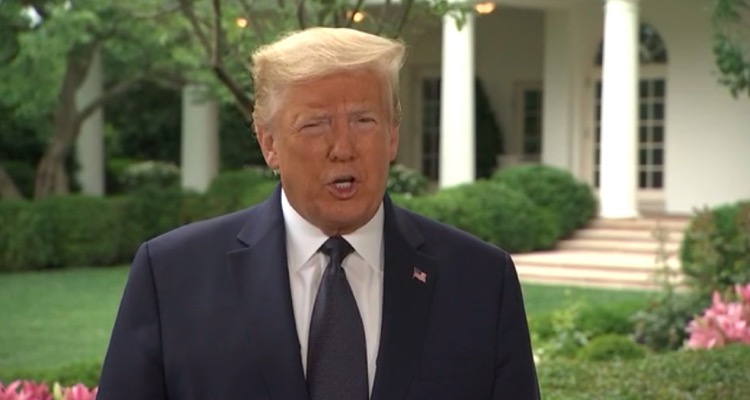 Last week, we reported that Congress was likely to approve legislation for a second – and possibly larger – stimulus check by July’s end. Now, this timetable is less clear, as White House officials have stated that the fourth relief package must include a payroll tax cut. Detailed discussions are set to begin on Monday.

Democratic lawmakers have long voiced opposition to the idea of a payroll tax cut, and the matter could become a point of contention as negotiations for a second stimulus check begin. Specifically, these talks are expected to initiate on Monday, when the Senate returns from a weeks-long Independence Day recess.

Earlier this month, President Donald Trump called for a second stimulus payment greater than $1,200.  But he also raised concerns that stimulus checks and boosted unemployment benefits were creating a disincentive for Americans to return to work.  “I want the money getting to people to be larger, so they can spend it,” the President explained from the White House grounds. “I want the money to get there quickly, in a non-complicated fashion.”

“We had something where it gave you a disincentive to work last time — and there was still money going to people and helping people, and I was all for that, but I want to create a very great incentive to work,” Trump said. “So we’re working on that, and I’m sure we’ll all come together.”

Now, there’s another stipulation. Though the White House’s position on a payroll tax cut is well known – economic adviser Stephen Moore indicated that the president’s approval of a second stimulus check hinges on the cutback – the feelings of Senate Majority Leader Mitch McConnell (R-KY) on the subject are uncertain.

However, the Kentucky senator has suggested that the second stimulus check should only be paid to individuals who earn under $40,000 per year, an income limit that would benefit Americans suffering the most during the coronavirus pandemic. Under this plan, married couples and families would also benefit, though more detailed income requirements have not been disclosed.

Moreover, the 78-year-old lawmaker relayed that the next COVID-19 stimulus package should encompass liability protection for businesses, clauses designed to help students safely return to school this fall, and healthcare aid. State and local governments may also enjoy some legal immunity against COVID lawsuits. Senate Republicans are reportedly deciding upon the specifics concerning the liability-protection measures presently, per sources with knowledge of the matter.

Just last week, U.S. Treasury Secretary Steven Mnuchin noted that a resolution over a second stimulus check would be resolved by the end of July.  That would give both sides less than two weeks to hammer out the details following a Monday (July 20) starting point.

The Democrat-controlled House passed a controversial $3 trillion aid package, the Heroes Act, back in May; as of this week, Speaker of the House Nancy Pelosi (D-CA) is still calling for the Senate to approve the legislation. That the Heroes Act will fail to garner the necessary Senate votes to reach the President’s desk is all but certain, but it appears that House Democrats are using the bill as a starting point for new stimulus-legislation negotiations.

To be sure, House Leader Pelosi said yesterday that the $1.3 trillion relief-package price tag targeted by Republicans is “not enough.” Instead, the 80-year-old lawmaker indicated that she would like the next stimulus bill to be worth closer to $3 trillion, as in the Heroes Act.

The Senate’s imminent return to Washington should bring with it additional insight and details pertaining to a second stimulus check. For the time being, it seems that the foundation for an agreement has been laid – even considering the potential congressional hang-ups resulting from the payroll tax cut stipulation and House Leader Pelosi’s preference for a higher-value bill.