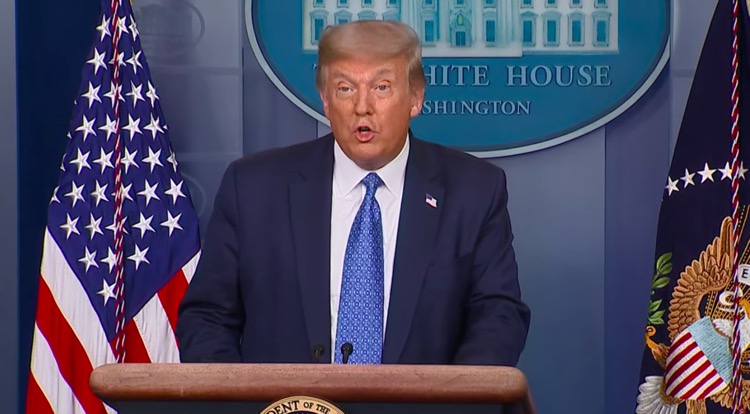 Currently, out-of-work Americans are receiving a $600 weekly federal add-on to their state unemployment checks.  But those checks are now set to expire at the end of July, with many Americans still struggling to find work.  So what happens to federal unemployment insurance on August 1st?

According to details emerging on Wednesday, both President Trump and Republicans are pushing to extend federal benefits — but not at current levels.  Instead, both Trump, members of the White House, and Senate Republicans are looking to lower the amount of weekly federal insurance supplements by more than half. The Washington Post has noted that “the White House and some Republicans now want to cut the extra benefits to about $200 per week,” though Trump has not confirmed any numbers.

The reason for the proposed reduction focuses on worker incentives and a recovering economy. Earlier, Trump indicated that unemployment insurance was creating a disincentive for Americans to return to work, and thereby slowing the recovery. “We had something where it gave you a disincentive to work last time — and there was still money going to people and helping people, and I was all for that, but I want to create a very great incentive to work,” Trump said.

Exactly how the federal unemployment insurance program will be modified is unclear. But U.S. Treasury Secretary Steven Mnuchin indicated that continuing the federal supplements remains a top priority.  “Our objective is to try to get something done before the enhanced unemployment insurance expires,” Mnuchin shared Wednesday.  “There’s a lot of people who are still out of work.”

Earlier this week, Senate Republicans offered their support for a second stimulus check, joining both House Democrats and Trump.

That seems to guarantee that a second stimulus check will be mailed to Americans, though it’s unclear what the amount of those checks will be.  Additionally, Senate Majority Leader Mitch McConnell suggested that checks should be reserved for those making $40,000 annually or under.  That structure would ensure that Americans who need the checks the most will receive them, while increasing the chances that the money will be recirculated into the economy.

Meanwhile, the broader recovery remains scattered and uneven.  While restaurants and other retailers are slowly reopening and ramping up service, other sectors like touring and live concerts are struggling.  Once-powerful companies like Live Nation are being forced to reduce their employee counts, and mainstays like Cirque du Soleil have been quickly forced into bankruptcy.  Others, including mega-companies like AEG, and preparing for longer-than-expected shutdowns of sporting events and concerts.

But despite those seriously-impacted sectors and millions of out-of-work Americans, Trump pointed to positive signs.

“The economy is really starting to really come back strongly when you look at the numbers,” Trump indicated in a White House press briefing on Wednesday.  “I think the numbers are even more impressive considering that some states like California — big ones — are pretty well shut down.”