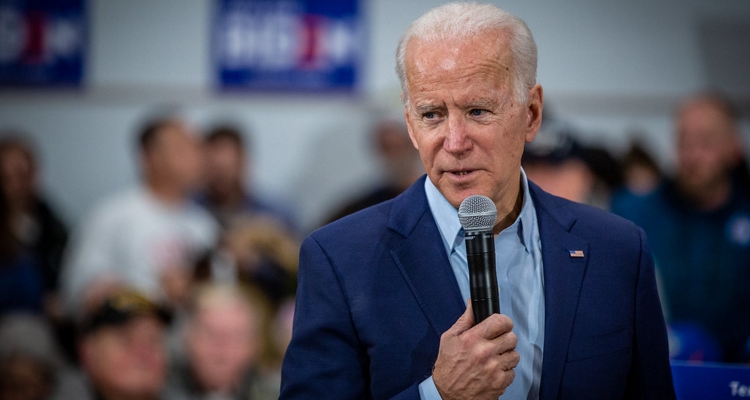 Biden made the comment during a virtual town hall on Wednesday. He was answering a question about health care concerns and the president calling coronavirus the “China virus.”

“The way [Donald Trump] deals with people based on the color of their skin, their national origin, where they’re from, is absolutely sickening,” Biden told supporters. “No sitting president has ever done this. Never, never, never. No Republican president has done this—no Democratic president. We’ve had racists, and they’ve existed, they’ve tried to get elected president. He’s the first one that has,” Biden continued.

Charlamagne, who co-hosts “The Breakfast Club,” reacted to the characterization pretty negatively. He accused Biden’s comments of containing revisionist history. “How are we ever going to atone for America’s original sins if we don’t acknowledge them?” he asked his listeners. “How the hell can Donald Trump be the first racist president in a country where 12 presidents before him owned slaves?”

He’s referring to Kanye West’s presidential campaign announcement. However, the rapper’s subsequent attempts to appear on the ballot in states like Florida, South Carolina, and Michigan have failed. This latest rant isn’t the first time Charlamagne has criticized Joe Biden’s comments, either. He made headlines in an interview with Biden, who suggested that African American voters “ain’t black” if they were considering a Trump vote.

Meanwhile, Trump responded to the Biden racist president comment by comparing himself to Lincoln.

“I’ve done more for Black Americans than anybody, with the possible exception of Abraham Lincoln. Nobody has even been close,” Trump said before turning to leave a White House press briefing. Trump has previously compared himself to Lincoln when questioned about his support of minorities in America.

The president has turned to criticizing mayors of Democratic-run cities like Chicago and Portland. Federal agents have appeared in both cities, with an initial focus on protecting federal property. But Chicago’s surging rate of violent crime and shootings, particularly in black neighborhoods, has also become a focus. Chicago’s mayor, Lori Lightfoot, believes Trump’s comments are an attempt to distract from his failed leadership amid the COVID-19 pandemic. Many states are dealing with the pandemic on their own, without a guided federal response.