The Second Stimulus Check Will Be Just Like the First, Republicans Say 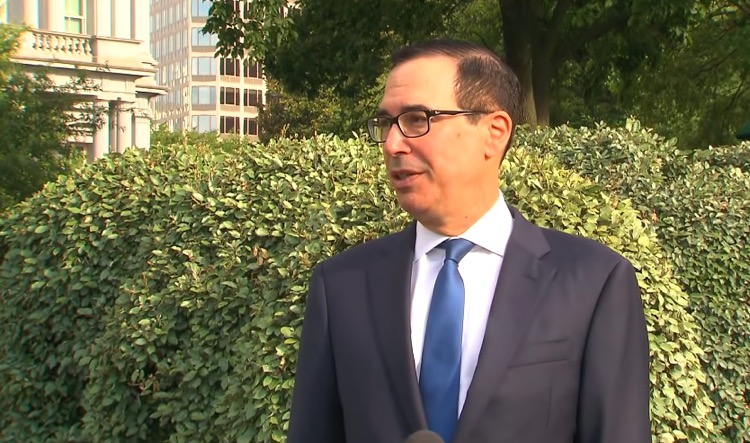 Earlier this week, Republicans backed the mailing of a second stimulus check to Americans.  Now, there’s more information on what those checks will look like, and when they’ll be delivered.

At this stage, it looks nearly certain that a second stimulus check will be delivered to Americans. But instead of limited payments to Americans earning below $40,000 per year, it now appears that Republicans are backing a second stimulus check that looks similar to the first payments. That’s welcomed news for a range of potential recipients, with everyone from gigging musicians to furloughed employees likely to receive a $1,200 check.

Initially, Senate Majority Leader Mitch McConnell proposed the $40,000 income cap to focus on Americans with the greatest need.  But in subsequent comments by U.S. Treasury Secretary Steven Mnuchin, it appears that income caps are being tossed. “Our proposal is the exact same provision as last time,” Mnuchin told reporters yesterday in a White House press briefing.

The second stimulus checks would be packaged into the upcoming coronavirus relief package. But Mnuchin indicated a strong push to mail checks starting in August.  “The President’s priority is to get money into the hands of Americans quickly,” Mnuchin said.  During a separate interview with CNBC, also from the White House lawn, Mnuchin pointed to a proposed mailing within weeks, specifically within the August timeframe.

It appears that several factors removed the $40,000 income cap from consideration. Primarily, increased coronavirus cases are creating continued problems for the broader economic recovery. That includes forced re-closures of many businesses, and continued issues with unemployment. More broadly, Mnuchin pointed to a jump in retail spending and economic growth following the first stimulus check disbursements.

Those payments would gradually decrease for individuals earning up to $99,000, as well as couples earning up to $198,000.  After those thresholds, Americans would not receive stimulus help.

Separately, Mnuchin noted that enhanced federal unemployment checks would be continued, but at lowered amounts.

Just yesterday, the Washington Post indicated that Trump was backing a sharply-reduced federal unemployment payment of $200-a-week. That number has not been confirmed, though Mnuchin pointed a goal of helping Americans receive 70% of their previous weekly incomes.

“We’re not going to pay people more to stay home than to work,” Mnuchin said.  “So, we’re looking at something that looks like a 70% wage replacement, and we’re working on the mechanics of that right now.”