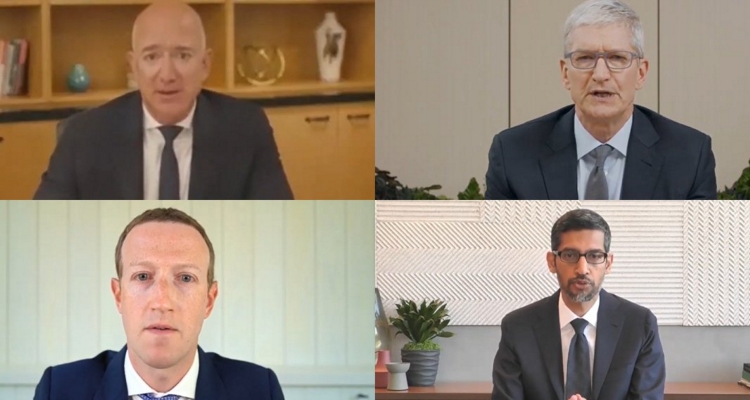 That may seem strange, but it’s true. Rather than license music, Twitch issues DMCA takedowns to streamers. Several prominent Twitch streamers are being threatened with full bans for multiple copyright infringement notices. Twitch is legally required to comply with any Digital Millenium Copyright Act (DMCA) request it receives, but alternatively, the platform could also pay for music upfront and issue royalties to musicians.

Since the coronavirus pandemic has put much of the world in lockdown, musicians are turning to Twitch. Total streaming hours for the service increased by 50% between March and April, showcasing just how many people tuned in to Twitch as a platform.

Accordingly, rightsholders are becoming increasingly aggressive with their music appearing in clips on Twitch. But you wouldn’t know that from Jeff Bezos’ appearance in front of Congress yesterday. Amazon acquired Twitch for $970 million in 2014, putting Bezos in charge of the platform. Yesterday, Bezos was asked several pointed questions from Congressional representatives.

Kelly Armstrong (ND-R) asked Bezos, “My understanding is that Twitch allows users to stream music but does not license the music. Is that correct?”

(Update, July 31st: a subsequent memo leaked to Digital Music News reveals that Twitch was grappling with music licensing issues since at least 2014.)

The Congressman then continued: “If Twitch is responding to DMCA notice and takedown requirements, should Twitch consider proactively licensing music instead of retroactively adhering to those notices?”

Bezos responded in the affirmative. “Yes, Congressman, that’s an important issue, and we understand it. And I will get back to your office on that,” he continued. Twitch streamers for years have created playlists for their streams using their personal Spotify accounts. As far as we know, no music licensing deal is in place for the main platform.

Twitch’s karaoke app, Twitch Sings, does have a music license with 180 publishers across the globe.

But that app’s license doesn’t extend to Twitch as a platform, where streamers choose their music. You can bet that will change after this Congressional grilling of Jeff Bezos. The company also recently hired Spotify for Artists product lead Tracy Chan. Chan will head up Twitch’s Product and Engineering for Music. The platform also partnered with SoundCloud to fast-track indie musicians as partners to earn revenue.

Playing whack-a-mole with DMCA takedowns is never an effective strategy. I’m just surprised it took Congress so long to raise questions about how freely music flows on Twitch without proper licensing.