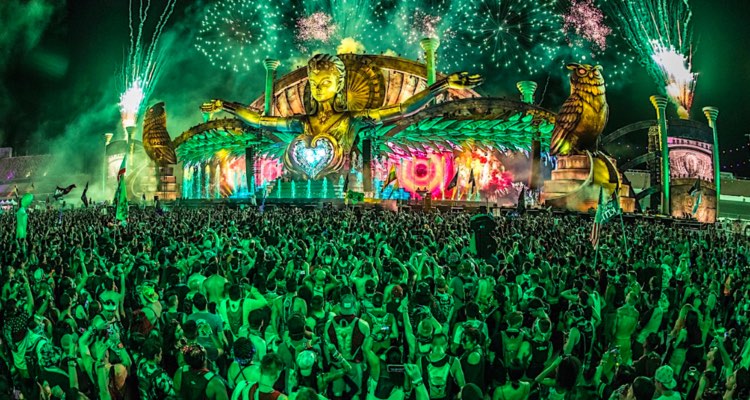 EDC Las Vegas 2021, scheduled to take place between May 21st and May 23rd, has sold out after just one day.

EDC Las Vegas promoter Insomniac informed Digital Music News of the impressive sales feat via email. Rave-minded fans rapidly snatched up the entirety of EDC Las Vegas’s three-day passes, which became available for purchase yesterday morning. (Non-passholders who’re still interested in attending the electronic music festival, which will double as a celebration of its 25-year history, may not be out of luck, as EDC has rolled out an official waitlist.)

That EDC diehards rallied behind the three-day event’s next edition despite the COVID-19 pandemic suggests that music fans are just as enthusiastic – and possibly more enthusiastic – about enjoying live performances and experiences.

The upcoming iteration will return to the Las Vegas Motor Speedway, part of a permanent shift of location from Los Angeles.

Since the 2011 migration, about 400,000 individuals have attended EDC Las Vegas (across all three days, with more than 135,000 daily guests) in recent years, and 2021 will predictably welcome a similar number of passholders. However, Insomniac hasn’t yet confirmed the function’s lineup.

EDC 2021’s strong ticket sales lend additional credibility to the optimistic statements that Live Nation offered about the live event sphere in its Q2 2020 earnings report. The publicly-traded company – which owns about half of Insomniac itself – indicated that 86 percent of its ticketholders had opted not to pursue refunds when they were available.

This statistic, as well as the fact that Live Nation and its wholly-owned Ticketmaster subsidiary have “already sold 19 million tickets to more than four thousand concerts and festivals scheduled for 2021,” were two of the foremost high points in an otherwise bleak analysis, which revealed a 98 percent year-over-year drop in quarterly revenue.

Needless to say, a multitude of artists, music industry professionals, and companies stand to benefit from the live sector’s full-scale return to form. While some experts maintain that it’ll take until 2022 for concerts to reemerge in abundance, others yet, including Live Nation, are banking on a summer 2021 resurgence. In any event, it appears that fans will continue to make their own (often-illegal) live music gatherings a reality until professionally organized gigs become commonplace.

The examples aren’t hard to find. Just recently, we reported that roughly 3,000 individuals had gathered in England for a 13-hour-long rave, which police were initially powerless to stop. Stateside, NYPD officers recently broke up a rave beneath the Kosciuszko Bridge during the early hours of the morning, after the non-socially distanced crowd had danced through the night.