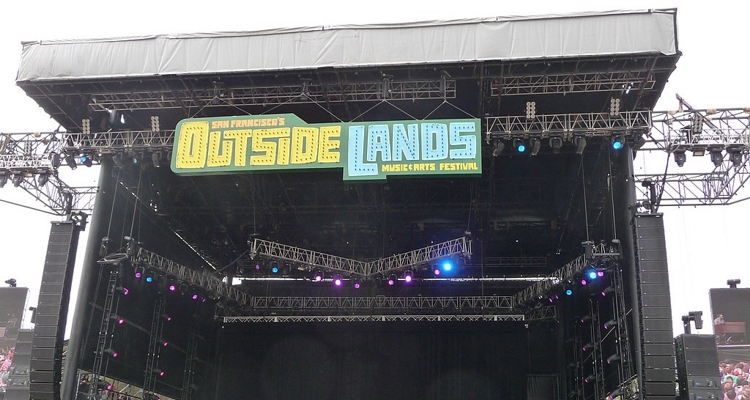 With outdoor concerts still canceled across California, the Outside Lands festival is going virtual. The Inside Lands virtual music festival will stream on Twitch later this month.

Inside Lands will run August 28-29 on Twitch. It will feature past Outside Lands performances and new live-streamed content from several artists. The festival will also highlight local small businesses, promoter Another Planet Entertainment says.

People can watch Inside Lands for free on Twitch, where fans can interact with one another.

“While we wish we were able to gather in Golden Gate Park this August, we are still looking forward to taking Outside Lands inside and celebrating all that makes the festival such a memorable experience,” Allen Scott, head of concerts at Another Planet Entertainment, says.

The line-up for the Inside Lands festival will be revealed at a later date. Last year, headliners for Outside Lands 2019 included Childish Gambino, Twenty One Pilots, blink-182, Kacey Musgraves, Lil Wayne, and more. The Inside Lands performance will have 12 years of outdoor music festivals to showcase over its two-day Twitch festival.

Another Planet Entertainment officially canceled Outside Lands in June due to the coronavirus pandemic. The promoter has rescheduled dates next year for August 6-8, 2021, in Golden Gate Park. The line-up next year will feature the Strokes, Lizzo, and Tame Impala. Scott says his organization is working directly with the city for best practices when in-person concerts can resume.

Virtual festivals are becoming more commonplace, and Twitch is a natural platform to host them.

Fortnite virtual concerts regularly draw millions of viewers to the events. Inside Lands isn’t even the only festival that’s hosting a live stream this year. Mega-events like Lollapalooza have shuttled online, and HeadCount’s Vote Ready virtual concert is taking place on August 14. Anyone who checks their voter registration status ahead of the event will be emailed a free e-ticket for the concert.

Other examples abound. On August 16, Steel Panther is hosting a Rockdown in the Lockdown virtual concert to benefit Crew Nation and a Los Angeles animal rescue. In September, the Monterey Jazz Festival is also going virtual for its 63rd annual event; the festival will stream via YouTube at 8 pm EST each day.

That’s not to mention the thousands of artists who have turned to live streaming via Twitch to support themselves. While Twitch is a natural platform fit for live streaming, the platform has no music licensing deals.

Accordingly, the Artist Rights Alliance sent an open letter to Jeff Bezos, demanding to know why no music licensing deals are in place for such a large platform. One that can secure the virtual rights to stream a festival as large as Outside Lands can surely afford to license music.