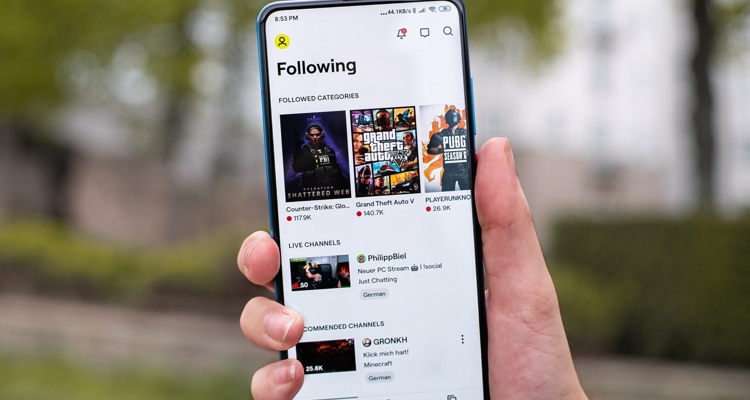 The Artist Rights Alliance (ARA) is demanding that Jeff Bezos account for why Twitch doesn’t license music for streaming.

The open letter comes after Jeff Bezos testified at an open Congressional hearing in July. Bezos admitted to Congress that he doesn’t know whether the company pays royalties on the music its users’ stream. (Spoiler: It doesn’t.) Bezos’ nonchalant ‘I don’t know’ answer angered musicians who have watched Bezos’ wealth rise by $48 billion during the pandemic.

“We were appalled […] by your inability or unwillingness to answer even the most basic question about Twitch’s practices in this regard,” the open letter from the ARA reads. “As Twitch uses music to grow its audience and shape its brand, the company owes creators more than the willful blindness and vague platitudes you offered during your Congressional testimony.”

The letter is signed by the Artist Rights Alliance board of directors. It seeks answers to why Twitch doesn’t license music properly.

Amazon acquired Twitch back in 2014 with a focus on expanding its presence in the gaming community. The coronavirus pandemic’s onset, however, has drawn a wider audience for musicians attempting to earn a living by streaming. Twitch even partnered with SoundCloud to help established artists reach partner status to monetize their Twitch accounts.

Twitch saw an 83% jump in platform viewed hours in Q2 2020 compared to the same period in 2019. The platform is on track to surpass 40 million users in the United States by 2021. As the platform grows, the lack of a Twitch music license deal is becoming a sticking point.

Even worse: millions of streamers create Spotify playlists, which stream to millions of viewers with no royalties. Twitch lacks any known licensing agreements with Universal Music Group, Sony Music Entertainment, or Warner Music Group, which encompasses millions of songs. Despite no direct label deals, it does have deals with performance rights organizations ASCAP, SESAC, and BMI.

Twitch currently operates under the Digital Millennium Copyright Act’s safe harbor provisions. This provision shields platform owners (like Twitch) from liability for any copyright violations by users, if they respond  and remove content.

This legal loophole leads to a whack-a-mole game as users violate copyright; in some cases, Twitch takes the content down weeks later. The RIAA filed 2,500 copyright takedown notices with Twitch in June 2020 alone, though Twitch and its owner seem unwilling to structure fair compensation deals. Accordingly, the ARA letter asks Jeff Bezos to explain what he will do to ensure artists and songwriters are fairly compensated.

You can read the full copy of the Artist Rights Alliance letter to Bezos and Twitch here.