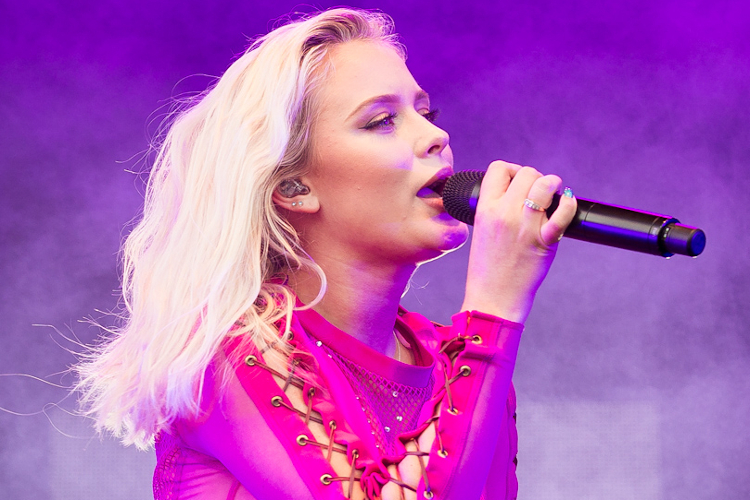 Less than one week ago, singer-songwriter Zara Larsson criticized Chinese government policies – and announced that she had ceased promoting Huawei – in an interview with TV4, a television network in her native Sweden. Now, the 22-year-old’s songs are no longer available to Apple Music subscribers in China.

For additional background, Larsson’s professional relationship with Huawei, a controversial telecommunications company based out of Shenzhen, China, initiated in March 2019. The “Ruin My Life” singer quickly pushed back against security-centered domestic opposition to the sponsorship deal, which included multiple “Always Dare” commercials featuring both Larsson and her music. To be sure, Larsson told a Swedish magazine, in part, “It is extra important for me to be careful with which brands I am associated with.”

However, the outspoken and politically active musician evidently experienced a change of heart during the last year or so. In the aforementioned (Swedish-language) interview on TV4 morning talk show Nyhetsmorgon (delivered to promote a “Late Night Concert” on the network), Larsson detailed her decision to cut ties with Huawei. Besides stating that she backed out of the agreement a few months ago, the Solna-born artist appeared to pinpoint the country’s Hong Kong policies and persecution of Uyghur Turks in Xinjiang as the factors that most influenced the move.

“In retrospect, I realized it wasn’t the smartest deal of my career,” Larsson said. “We know that China is not a friendly state. I do not want to support what they do.”

At the time of this writing, neither Apple Music nor Zara Larsson had publicly addressed the music’s removal from the streaming service’s Chinese edition. However, reports of the all-encompassing takedown appeared to have derived directly from China and, specifically, Apple Music users who were unable to enjoy her works. Larsson’s singles and two studio albums are still available to stream on Apple Music in the United States.

This is hardly the first time that international parties have encountered unexpected obstacles after making critical remarks concerning China’s government. Last year, we reported that high-profile German EDM star DJ Zedd had been “permanently banned from China” for liking a South Park tweet. Shortly thereafter, ByteDance-owned video-sharing app TikTok made headlines when it locked out a 17-year-old user who criticized policies of the Chinese government. The individual’s account was eventually restored.

On Friday, we covered TikTok’s threat to take legal action in response to its imminent stateside ban, which President Trump ordered on Thursday, August 6th, citing longstanding security concerns. Unless ByteDance can find an American TikTok buyer in roughly 40 days, it will be forced to cease operations in America. Previously, an agreement with Microsoft seemed likeliest (and the deal could very well come to fruition), but according to The Wall Street Journal, Twitter officials have also participated in preliminary talks about a potential TikTok acquisition or merger.