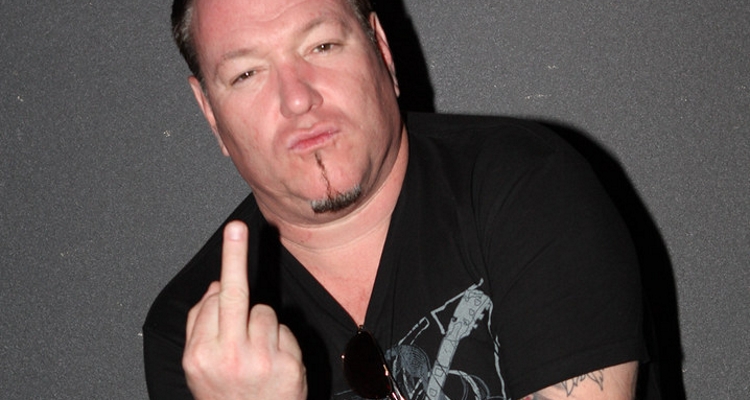 Smash Mouth frontman Steve Harwell is catching flak for comments he made during a packed concert.

He told a packed crowd at the Sturgis Rally in South Dakota, “f–k that COVID s–t” as the band played. The event drew a huge crowd due to the performance. Many people who attended were not wearing masks.

“We’re all here together now, and we’re being human once again,” Harwell could be heard in a recording of the event. The comments drew criticism on social media after the video began circling. Smash Mouth manager Robert Hayes says the band worked endlessly to make sure the event was safe.

Hayes says “most” attendees were on their motorcycles, which “eliminated a lot of physical contact between attendees and actually created a forced social distance.” He says the Smash Mouth organization is taking the pandemic seriously.

“We have taken measures to keep our band, crew, and fans as safe as possible during this time.” Signs were present at the event reminding guests to remain socially distant. Hand sanitizer stations were also available. Several artists who were due to perform at the event pulled out due to the pandemic – including Willie Nelson, ZZ Top, and Lynrd Skynrd.

The United States is currently the world leader in new coronavirus cases, with over five million confirmed. 160,000 Americans have died due to the virus. Guidance from the CDC suggests 300,000 Americans could die by December if the pandemic continues unabated. Several states have mask-wearing mandates in place as the nation debates whether or not to send children back to school.

Back in April, Madonna told her followers on Instagram that she couldn’t wait to “breathe that COVID air” once quarantine lifted. The comments drew criticism because the last few shows of Madonna’s ‘Madame X’ tour were canceled due to the pandemic.

Kid Rock’s restaurant in Nashville received a suspended liquor license after it opened with packed bars. A photo posted online showed people standing shoulder to shoulder without masks. The owner of the restaurant later sued Nashville, claiming the shutdown restrictions were killing his business.