Second Stimulus Check Won’t Be Arriving In August After All (Thanks, Congress) 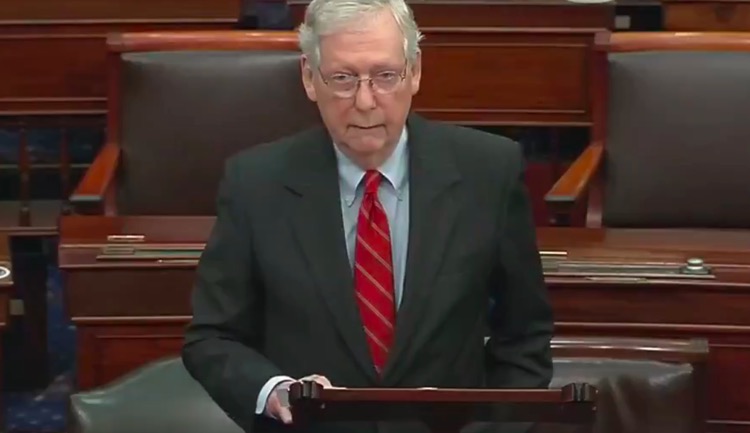 The deadlock couldn’t be happening at a worse time — especially for those counting on a second stimulus check. Currently, Americans are still struggling to meet financial obligations amidst widespread lockdowns and retail closures, even though most would gladly return to work. That includes everyone from working musicians to hotel staffers, as well as laid-off and furloughed executives at major corporations like Live Nation.

Earlier, discussions between Senate Republicans and House Democrats seemed to be progressing forward. But a number of issues have stalled progress, and erased an estimated arrival time of August 24th for second stimulus checks.  Those checks are expected to carry very similar terms to the first stimulus checks, with a $1,200 value and similar qualifications.

But when will the second stimulus checks arrive?

Unfortunately, the August 24th delivery estimate was based on President Trump signing the second stimulus bill on Monday. Instead, Congress failed to deliver a finalized bill, and Trump opted to issue a series of executive orders over the weekend to extend federal unemployment checks, extend eviction moratoriums, and even grant tax breaks to small businesses.

Those emergency executive orders pulled money from other budget areas to break the Congressional gridlock. But Trump doesn’t have the power to issue another round of stimulus checks — only Congress can do that — which means Americans will almost certainly have to survive August without the extra financial assistance.

But according to the most optimistic estimates, Americans would likely receive their second stimulus checks in early September. Again, that’s an optimistic estimate that assumes a resolution between both parties this week or over the weekend, and a quick Presidential signature shortly thereafter. Any major delays — including a protracted Congressional recess — could push delivery dates weeks into the future.

So what issues are holding up the second stimulus bill?

Both sides have their own list of demands, and neither wants to compromise. House Speaker Nancy Pelosi (D-CA) and Senate Minority Leader Chuck Schumer (D-NY) have been advancing a $3.4 trillion relief package, while Republicans, led by Senate Majority Leader Mitch McConnell (R-KY) and Treasury Secretary Steven Mnuchin, are advancing a $1 trillion package.

Earlier today, Mnuchin reported that a conference call between the two camps had been arranged, but that little progress was made. “As of now, we’re very far apart, and because of that, the President, as we have discussed, has issued short-term extensions to [unemployment insurance]… so that we have some period to negotiate before those run out,” Mnuchin told reporters outside the White House.

Pelosi and Schumer said they’ve attempted to compromise on the overall size of the stimulus package, with no success. “We have again made clear to the Administration that we are willing to resume negotiations once they start to take this process seriously. The lives and livelihoods of the American people as well as the life of our democracy are at stake,” Pelosi and Schumer offered.

Firing back, Mnuchin said both Pelosi and Schumer aren’t compromising at all.  “She made clear that she was unwilling to meet to continue negotiations unless we agreed in advance to her proposal, costing at least $2 trillion,” Mnuchin relayed. “The Democrats have no interest in negotiating.”

Separately, McConnell also blasted the Democrats for failing to meet in the middle. But he’s also indicated a willingness to abandon one of his key sticking points: liability protection for businesses opening up.  “I don’t think the economy has any shot at all of getting back to normal if every entity in the country is dealing with frivolous lawsuits,” McConnell recently told CNBC.

Democrats remain opposed to that stipulation, as well as other Republican proposals like a relaxation on federal payroll taxes. “The Democrats aren’t taking [stimulus relief] as a serious issue,” McConnell stated earlier today.