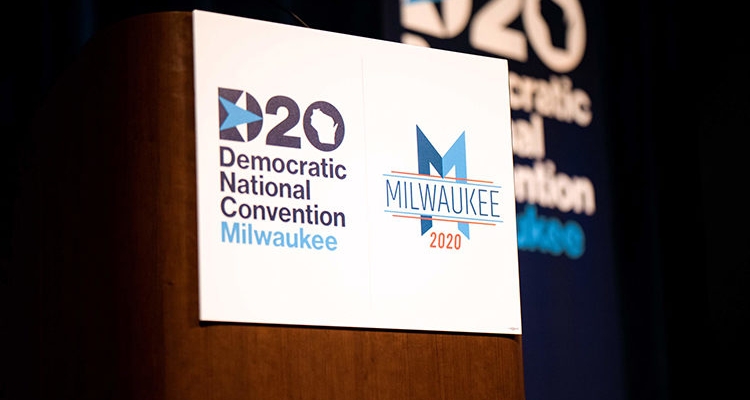 Stars like John Legend, Billie Eilish, Common, Billy Porter, Jennifer Hudson, and The Chicks will perform during the four-day event. The now-virtual event is meant to celebrate the Joe Biden-Kamala Harris ticket. Other speakers include Michelle Obama, Barack Obama, and Hillary Clinton.

“These artists are committed to engaging with, registering, and mobilizing voters to get us over the finish line in November,” Stephanie Cutter, the 2020 DNC program executive says. Other performers scheduled for the massive event include Leon Bridges, Prince Royce, Maggie Rogers, and Stephen Stills.

Convention planners say the performances will include renditions of the national anthem, American classics, and new songs to draw in viewers. The DNC virtual event has been planned since June when a scaled-back in-person event became no longer feasible. Neither Biden nor Harris will be traveling to Milwaukee to deliver their speeches.

John Legend is no stranger to partnering with Democrats. He has long been a vocal critic of the Trump administration, but he himself endorsed Elizabeth Warren. In June, he also played host to a Biden virtual fundraiser that also included Barbra Streisand, Jay Leno, and Andra Day.

After Kamala Harris’ nomination was announced, Legend tweeted, “Very happy for our friend and Senator and future Vice President Kalama Harris, and very much looking forward to voting for the Biden-Harris ticket to begin the difficult work of recovering from this nightmare presidency and building an even better future.”

Legend was also part of the Democratic National Convention musical lineup in 2008 for Obama’s nomination.

Billie Eilish is old enough to vote for the first time, and she’s making sure she helps young people get registered. Eilish partnered with the non-profit HeadCount to educate her millions of fans on why voting is important. HeadCount provides information on how to register to vote and participate in local elections.

The DNC says the virtual event will be available across a dozen different services. The convention takes place over four nights from August 17-20, with programming starting at 9 pm EST. The live stream will be available on Apple TV, Roku, Amazon TV, and YouTube. Several cable news stations will also carry the coverage.