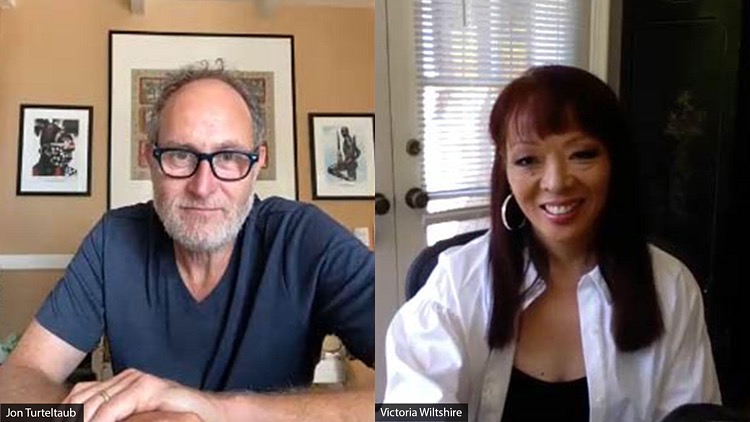 Digital Music News joined a large number of composers and sync-minded artists who tuned in for the discussion, which was replete with useful information and insight about how a movie score comes to life on major works. And in disclosing some of the invaluable knowledge accumulated during his more than 30-year-long career, Jon Turteltaub shed light upon pro tips that could help musicians secure game-changing placements in visual media.

1. Music that resonates with listeners has major sync potential — immediately and down the line.

Early in the livestream function, Turteltaub indicated that he doesn’t necessarily wait until scenes have been filmed to select their music. On the contrary, the Phenomenon director often takes note of personally appealing songs with the intention of using them in his later movies.

“For me, there are movies where I’ve actually had songs in my head, where I’ve been waiting to find a movie to put them in, knowing that they were great,” said Turteltaub.

In the case of 1995’s While You Were Sleeping, the New York City-born director decided upon the opening-credits track – “This Will Be (An Everlasting Love)” – a full decade beforehand (and prior to recording his first professional credit).

High-quality music that resonates with listeners will always possess sync potential – even if the deals don’t arrive out of the gate.

2. The film’s editor plays a significant part in bringing movie scores to life.

Neither studio higher-ups nor directors themselves wield the most influence in picking the music that ultimately makes its way onto a movie score, per Turteltaub. In actuality, editors play a particularly significant part in the process because they set rough cuts to music before sharing the early clips with directors. Due to the familiarity that comes with this exposure, the music then has a dramatic impact on directors’ decisions.

“That’s that first thing that gets in your head, and you’re so insecure about what you shot. Suddenly it comes to life, they put music on there, and it’s like, ‘Wow, this is pretty good,’” stated Turteltaub.

From there, as directors work with editors to craft the temp score, the original song choices will continue to affect the creative direction of the film’s final soundtrack. In this way, it’s important for artists and composers to cultivate strong professional relationships with all visual media professionals – not solely directors and studio execs.

3. Directors thrive on compliments and support – which could be the difference between closing a deal.

The inherent pressure and stress of filming can make directors especially appreciative of compliments and support. And kind words (or a lack thereof) on a composer’s end can make or break work-related associations. Moreover, Turteltaub relayed that directors and artists share a similar need for praise.

“And it’s the same thing with the director. You may think it’s not, and you may need to act like it’s not. And you may think it’s insulting to say to Steven Spielberg, ‘This is really good.’ But I promise you he doesn’t want to hear anything other than that.”

4. For artists and composers, being pleasant and easy to work with is a must.

In a similar vein, Turteltaub touched on the idea that composers and sync-minded artists should go out of their way to be pleasant and easy to work with – though admittedly, doing so will sometimes prove challenging. Nevertheless, rejection is an inevitable byproduct of creating for visual media, and to maximize work opportunities and career prospects in the long term, it’s best to avoid burning bridges.

“Leave yourself not just open, but easy. If you can be easy to deal with when someone says, ‘You know, it’s great, it really is great. I just think maybe we can try…’” said Turteltaub.

5. In film and television scores, melody is (still) everything.

Lastly, during the Happy Hour’s final moments, Turteltaub described the stylistic nuances of a successful movie score today. Acknowledging that some may perceive his comments as “old fashioned,” the Zoey’s Extraordinary Playlist director nevertheless gave his two cents on how composers (and, once again, artists in search of sync placements) can optimize their chances of succeeding.

“This is gonna maybe sound old fashioned of me. But this has come up over, and over, and over,” emphasized Turteltaub. “Some composers today are particularly shitty at it. Every producer – especially if they’re my age or older – will say the same words over and over again. Melody, melody, melody. Composers keep writing moods, they keep writing maybe a phrase.”

“Write a melody. Give me an actual theme. Theme is not chord changes.”