How Much Does Spotify Pay Per Stream? Here’s the Latest Data (Updated for 2022) 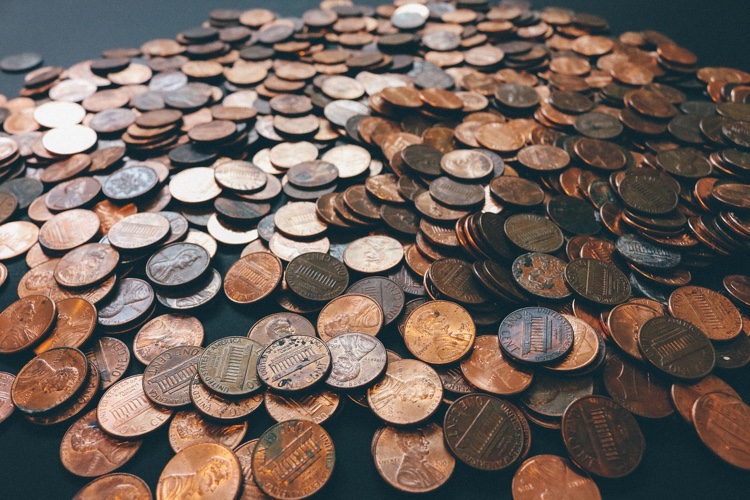 If you’re racking up Spotify streams, then knowing roughly how much other artists are earning per play is a must. The following information – sourced from Spotify royalty data shared directly with Digital Music News – will help you verify that your compensation is comparatively fair.

How much does Spotify pay per stream?

Update for 2021: Spotify’s per-stream royalty rates have been declining for years, though it now appears to be bottoming out at the lower-end of our earlier estimates. Please read on for updated figures.

Spotify pays most artists between $.003 and $.005 (one-third of a penny to one-half of a penny) for each stream. However, according to multiple artists and royalty-tracking companies, Spotify’s figures have been sliding towards to bottom of that range for several years, despite massive increases in paying, premium subscribers.

According to a recent royalty dataset, shared by an independent label, Spotify’s per-stream rate has settled at $.00348 per stream, which is roughly one-third of a penny.

This is based on a fairly large dataset: the independent label reports over 1.5 billion streams annually from a catalog of more than 350 albums.

The figures were published by music industry publication The Trichordist, part of a larger per-stream royalty summary. “This is the first time we have not seen the Spotify per stream rate drop since the service launched a decade ago,” the Trichordist wrote. “The Spotify per stream rate has stabilized moving up just slightly to .00348 from .00331.  In other words Spotify is paying out about $3,300 – $3,500 per million plays.”

Keep in mind that the precise per-stream rate can vary based upon a user’s region and account type (premium or ad-supported). Read below to learn how Spotify payouts are calculated and why the numbers suggest that Spotify royalties could be trending downward.

In terms of what you will see on your royalty statement, don’t expect a consistent figure. While it would be convenient to give you a single, definitive Spotify royalty rate, the unfortunate reality is that no such figure exists. As you’ll see throughout the article, numerous artists have reported receiving different compensation over the years.

Further complicating matters, the vast majority of musicians opt not to share their Spotify income specifics. (If you are willing to share and help fellow musicians, please send your royalty details to  [email protected].)

As mentioned, your per-stream Spotify payout is dependent upon two main factors. First, each region in the world – as well as many individual countries – has a unique royalty average determined by subscription rates and advertising levels. For example, streams from the United States pay more than streams from India because subscription rates and advertising levels are comparatively higher in the U.S.

Some artists have tailored their promotional strategies in response to this point, including by seeking higher-royalty streams and, inversely, using Spotify to market themselves in regions with less competition for their style of music.

Second, if the bulk of your fans are premium account holders, you can expect a higher payout, as there’s simply more cash for Spotify to pass on. Historically, the Stockholm-headquartered platform has generated a dramatically larger amount of income from subscription fees than from advertisers, with Q2 2020 premium revenue outpacing ad-supported income by over 13 times.

The key to answering your burning question – how much does Spotify pay per stream? – is to examine royalty statements directly.

Unfortunately — as we mentioned above — Spotify’s per-stream royalty rate continues to decline.

In 2016, we reported on the biggest spreadsheet of Spotify royalties that we’d received to date. Quickly gaining ground in the EDM niche, an Australian band earned $4,955.90 from 1,023,501 streams between October and February, with the sum also reflecting estimates for March, April, and May. The (often-referenced) per-stream average for these plays might surprise you: $0.004891 – or almost half a cent.

Audiam founder and CEO Jeff Price settled on a similar number – $0.00492 per stream – in his own analysis of Spotify royalties.

That sounded hopeful, though sources warned that Spotify’s per-stream artist payments could be dropping sharply. The decline may have started in or before 2013 – which means that declines could continue over the next few years.

Back in December 2019, for instance, you may have read our report on cellist Zoe Keating’s receiving a $753 check from Spotify, as compensation for 206,011 streams. Rounding up, the sum represents a per-stream royalty rate of $0.0037 – down from Keating’s 2018 Spotify royalty rate of about $0.0054. Audiam also suggested that Spotify royalties have decreased despite rising subscriber counts and revenue.

Other artists’ Spotify payment data has shown that the per-stream royalty rate could be dropping quicker yet.

In May of 2020, you might have seen classical violinist Tasmin Little’s shocking description of her Spotify income. The London-based musician said that she earned just £12.34 (about $15.67) for five to six million streams. Even when calculating for the five million figure, you’ll find that the royalty rate is dramatically less than the above-reported payouts.

Little’s six-month Spotify compensation underscores two points that are probably abundantly clear to you, given the above examples: per-stream royalties vary depending upon a multitude of details (mainly whether plays derive from premium or ad-supported accounts, as well as fans’ regions), and royalty rates seem to be trending downward.

Will Spotify’s per-stream rate ever increase?

If you’re interested in learning about the process Spotify uses to calculate royalties, be sure to check out our detailed breakdown. We’ve also covered the possible exposure and earnings that come with prominent Spotify playlists – and how you can score potentially career-changing placements. And for a broader overview of music streaming services’ per-stream royalty rates, visit our comprehensive guide on how much artists make per stream across a range of different platforms.