Why Joe Budden Is Removing His Podcast from Spotify 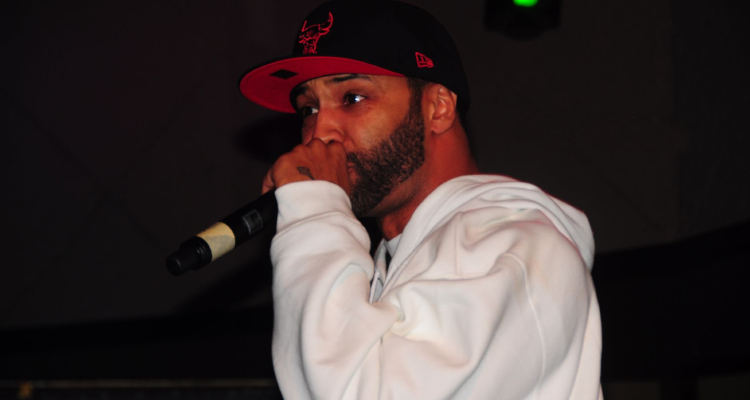 Joe Budden has announced that he will pull The Joe Budden Podcast from Spotify after two years on the platform, partially because the company is “pillaging” his audience.

The “Pump It Up” singer, who now works chiefly as a broadcaster and podcaster, revealed the surprising move during yesterday’s episode of The Joe Budden Podcast. Budden inked the Spotify deal in August 2018, and he specified during the show that just seven episodes remain on the contract.

Describing his comments about the agreement as “a public service announcement,” Budden thanked his fans for their continued support. Then, the Harlem native said: “New episodes of this podcast will no longer be available on Spotify exclusively” as of September 23rd.

From there, Budden noted that the podcast landscape has changed tremendously since he signed with Spotify, when exclusive agreements were less common. Speaking of his initial meeting with the platform’s execs in 2018, Budden suggested that the company “was uncertain of what the future held.”

Budden attributed this uncertainty to the large portion of income that Spotify pays record labels. Additionally, the podcasting professional emphasized the hesitation he felt when company officials told him that actress and comedian Amy Schumer would also land a podcast contract, as well as his frustration when actor Will Smith made his way onto the podcasting scene.

“Because when celebrities enter a field, it skews the market for the rest of us,” said Budden. “Amy Schumer isn’t a podcaster.” Then, Budden described the comparative success (“900 percent” above target) of his own podcast and stressed his belief that Spotify attempted to use podcasts solely to enhance its profitability, as opposed to making a positive lasting impression on the medium.

As a noteworthy aside, Budden also said that he was disappointed with the way that Spotify treated its former global programming head of hip-hop and RapCaviar curator, Tuma Basa. “That was odd to me that you could create the biggest streaming playlist and not be compensated,” said Budden, while relaying that Spotify dodged his questions pertaining to Basa’s exit.

Finally, Budden expressed his opinion that there’s a considerable discrepancy in per-stream pay between podcast episodes and songs on Spotify, and that he accepted the contract because of where his career was at the time.

“When you don’t have the finances, sometimes you may take a deal that’s not valued the way you see it’s valued,” said Budden. However, the successful podcast brought with it an array of lucrative opportunities, per Budden, which paid more cash and required less work than the biweekly show.

Subsequently, Budden suggested in a tweet that his overarching argument pertained not to the contract itself, but to the worth of his work and several additional factors: “If you think I was complaining about a contract then you missed it, and this message wasn’t for you…”

At the time of this writing, Spotify hadn’t publicly addressed Joe Budden’s comments; Budden joked about the possibility of being fired for the remarks, but as of now, it looks like he’s still set to provide the aforementioned seven episodes remaining on the deal.

The Stockholm-based platform has signed podcast contracts with Kim Kardashian West, WarnerMedia, and Addison Rae this year. And for further context as to just how much the company’s value has hiked from podcasting, Spotify’s market cap grew by over $13 billion in the month following the announcement that it will become the exclusive home of The Joe Rogan Experience. Nevertheless, shares dipped about two percent today – possibly because of Budden’s statements and quick-approaching exit.