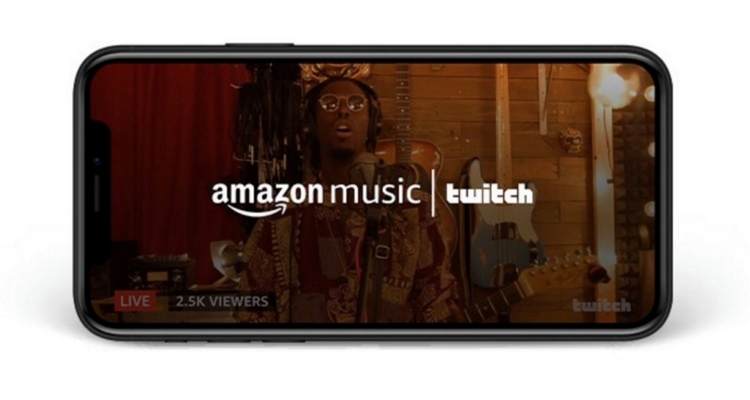 Amazon is expanding its Amazon Music service with live streaming from Twitch.

The company emailed the news early this morning, noting that Twitch live streams are now integrated with Amazon Music. Effective immediately, fans and artists can connect using Twitch inside Amazon Music, a move that blasts the music platform ahead of Spotify.

For Amazon Music, the move seems relatively simple, given that Amazon outright owns Twitch. Of course, the COVID-19 pandemic has shut down most live events, concerts, and festivals across the world. Accordingly, artists have started reconnecting with their fans online, using platforms like Twitch and Facebook. Now, major music platforms are also responding to the demand.

At the start of the coronavirus pandemic, Twitch partnered with SoundCloud to fast track artists to the platform. Now, integrating Twitch into Amazon Music promises to bring even more music fans onto the platform. Amazon seems interested in transforming Twitch into a live streaming destination for more than just gaming, a serious jab against YouTube.

Earlier this year, Twitch held a charity concert called Stream Aid to benefit out of work musicians. Artists like Diplo, Charlie Puth, Die Antwoord, and others performed to benefit the initiative. By July 2020, the “Music & Performing Arts” category on Twitch grew 387% year-over-year. It highlights just how important the live streaming platform has become to musicians this year alone.

Twitch also signed an exclusive streaming partnership with Logic earlier this year. And Linkin Park’s Mike Shinoda debuted his three-part album, Dropped Frames, through Twitch. Some music festivals like Rolling Loud and Outside Lands have signed exclusive partnerships with Twitch for their live streaming contracts.

Spotify is developing a similar platform, but it’s building it from scratch.

As an initial effort, Spotify’s new virtual events section highlights where all artists will appear virtually. Beyond that, the company already works with ticketing companies to provide ticket information in-app. A more serious move towards virtual events isn’t surprising, as it offers another monetization cog in the Spotify machine.

Earlier, the acquisition of the Joe Rogan podcast propelled Spotify to focus on video development. And Spotify’s visual expansion is even broader than we’ve reported (more on that ahead).

With the Twitch partnership, Amazon Music becomes a prime destination for music fans.

Some of the upcoming events for the new platform include:

Artists who are interested in streaming on Amazon Music will first have to join Twitch. Then you connect your Twitch channel to Amazon Music for Artists. Live streams will then appear on the artist profile page in the Amazon Music app.