A New Spotify Patent Filing Looks a Lot Like TikTok 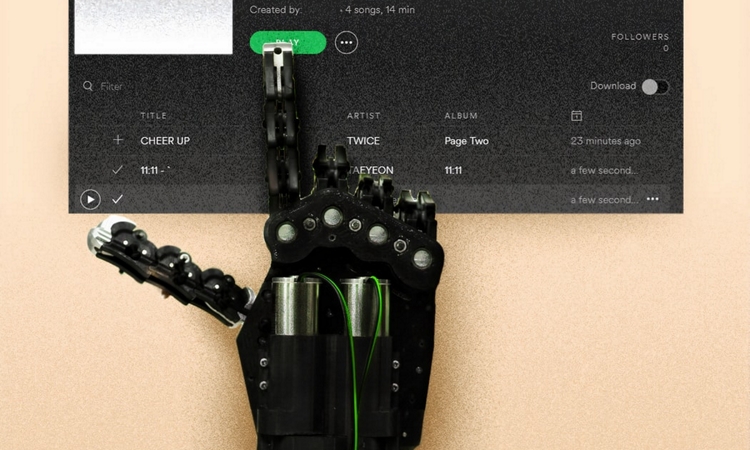 ‘Creating a video moment’ sounds suspiciously like short-form video formats – a space currently owned by TikTok. TikTok’s explosive growth and potential for discovery in the music industry have highlighted the format’s importance. Lil Nas X owes much of his fame to exploding on TikTok last year, and he’s not the only one.

Suddenly, music discovery on TikTok has led record labels like Universal and Warner Music to pay attention to the platform’s fast-rising stars.

If Spotify launches a video platform as rumors suggest, it could feature a TikTok-like creation mechanism.

This patent would allow users to associate their videos with certain songs, likely with moderator approval. The result means that looking up a song on Spotify could potentially reveal user-generated videos featuring that music. This kind of discovery would turn Spotify into more than just a music app – it would become a social experience.

Spotify has experimented with many social features over the years. Its new Family Plans added a shared family playlist to make music more social among relatives. But bringing user-generated videos to the platform would bring Spotify into competition beyond just offering music and podcasts. Suddenly, Spotify becomes a destination for entertainment, much like Facebook Live, Twitch, YouTube, and TikTok.

In particular, this patent would use Spotify’s song metadata along with the video message. 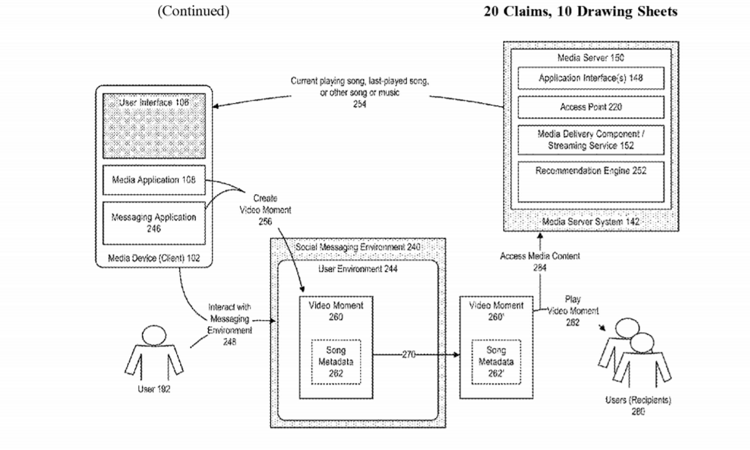 “Existing techniques generally require the user to send a video message with ambient music playing in the background, which offers poor quality and does not provide a context for the recipient of the video message to determine which, e.g., song or artist, is being included,” the background for the patent application says.

“A recipient of the video moment can hear the audio clip in combination with the video content, and also view the song metadata overlay, to determine the name of the song and artist that was used in the video, or optionally access the song at a media server, for further listening by the recipient,” the patent continues.

The idea is to allow users to create and share video messages with songs that are easily accessible on Spotify. Whether that’s what music fans want or not remains to be seen. With patents, there’s no guarantee the feature will ever make it into a live version of the app. But it’s interesting to see the groundwork being laid for a video transition.