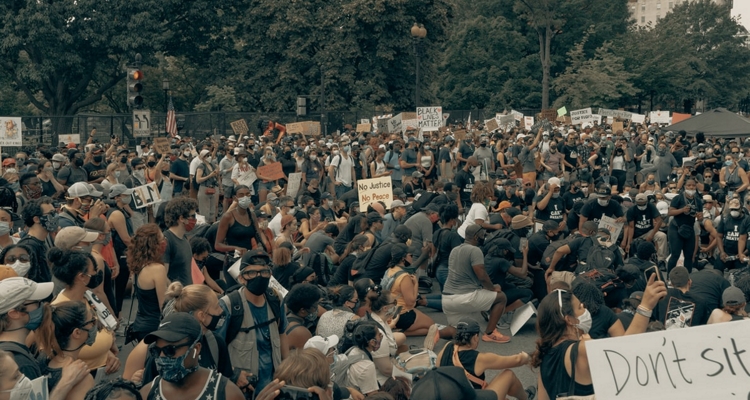 Racial justice group #TheShowMustBePaused has a new set of demands for the music industry.

The organization was formed in the wake of George Floyd’s death. Music industry execs Jamila Thomas and Brianna Agyemang started the group with calls for a single-day shutdown. Now, the organization is seeking more than just lip service from the music industry.

Thomas and Agymang say these new demands are directed at “ALL organizations operating in the world of Black music.”

“It has been 90 days since the black out. In the last three months, we have witnessed Black leaders promoted; financial support committed and in many cases distributed; a historic moment of solidarity in the March on Washington, and the list of companies, idealists, and collectives vowing to no longer tolerate racial injustice and inequity grow exponentially. However, the work does not stop there.”

Some of the major demands of the racial justice group are as follows:

#TheShowMustBePaused says it gives organizations 30 to 60 days to respond to these demands. The three major labels, Warner, Universal, and Sony Music, have not responded to these demands yet. All three companies did detail initiatives for similar requests earlier this summer.

“This is a call to action. A call to actualize the ideals we claim to uphold as people and to advocate for change through the music industry,” the group writes. “Let this serve as a proclamation to those organizations worldwide whose cornerstone is laid and foundation sustained by the potency of Black culture. Now we are making demands,” they continue.

Some of the demands here are the same Spotify’s podcasting companies are seeking in their unionization efforts. Equal pay among men and women, regardless of color, and more diversity and inclusion should be a baseline for these companies. It’s nice to see certain organizations stepping up the fight.