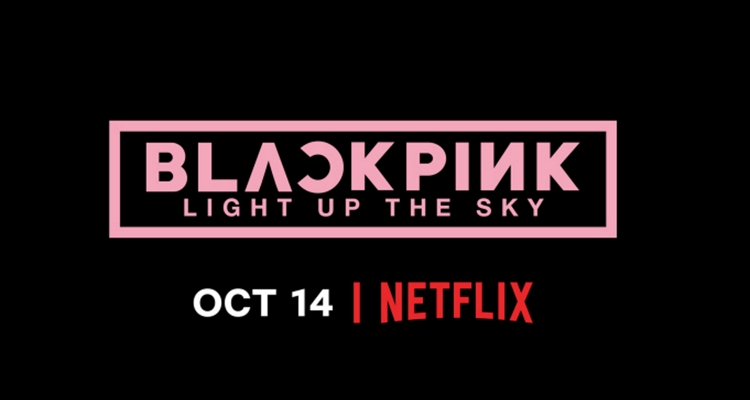 Blackpink is getting a Netflix documentary highlighting their meteoric rise over the last year.

The documentary is called Blackpink: Light Up the Sky, and it will debut on October 14. Blackpink found themselves at the top of the Billboard Hot 100 charts with their hit, “Ice Cream,” featuring Selena Gomez. The documentary is directed by Caroline Suh and produced by RadicalMedia.

The documentary features a behind-the-scenes look at the band’s recording process. It also highlights some of the highs and lows of being a K-pop idol in today’s world. Finally, the documentary finishes with a look at their 2019 Coachella performance. Adam Del Deo, VP of Documentary Features for Netflix, says K-pop is the next big phenomenon.

“The K-pop phenomenon has been sweeping the globe, and Blackpink has arguably become the most recognizable and most popular girl group in the world,” Del Deo says in a press release. “Director Caroline Suh’s trusted relationship with Jisoo, Jennie, Rosé, and Liza offers organic and honest moments that give viewers an authentic inside look into the lives of Blackpink. As well as the dedication and grueling preparation each member puts into every hit song, history-making performance, and sold-out arena tour. We’re thrilled to bring their story to their fans worldwide.”

Blackpink received five Guinness World Records for their music video, “How You Like That.” That’s after the video garnered over 86.3 million views when it dropped on June 26. The group overtook K-pop boy group powerhouse BTS with several of their records.

“How You Like That” was Blackpink’s first single since “Kill This Love” dropped. The group formed in 2016 and was featured on Lady Gaga’s track, “Sour Candy.” That song alone achieved over 70 million views on YouTube. Despite being dethroned for several YouTube records, BTS still owns most top 10 24-hour YouTube viewership records.

With a new Netflix documentary to help grow their audience, Blackpink may be claiming more of BTS’ records in the future. Both groups have unseated records held by Taylor Swift and Ariana Grande. So far, Justin Bieber remains at the top for most streams of a music video on YouTube.