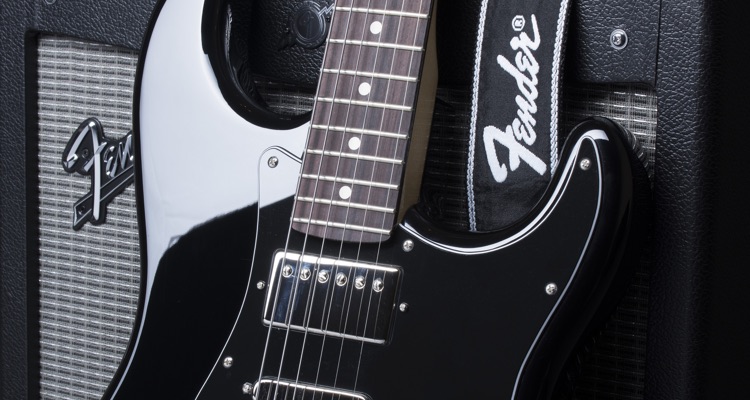 Guitar sales have risen exponentially amid the COVID-19 pandemic — so much so that Fender is positioned to move an all-time-high number of instruments on the year.

Fender Musical Instruments Corporation CEO (and former Disney exec) Andy Mooney recently shed light on his company’s record-setting year. The surprising result is one of the few music industry positives to come out of the coronavirus crisis, though other instrument makers are also reporting similarly-positive sales.

To be sure, the pandemic has had a decidedly significant impact on the music community, namely because of the unprecedented disruption it’s brought about in the live event sphere. But with extra time on their hands and fewer things to do outside the house, many individuals are evidently opting to purchase guitars.

After acknowledging his immense surprise at the unexpected market boost (which arrived after a predictably uncertain March), Fender’s CEO spoke of the uptick’s precise scope. The famed 74-year-old brand is set to crack yearly records for overall sales volume, consecutive days with double-digit sales growth, and total online transactions, per Mooney. Additionally, the company head specified that dramatically more customers are buying beginner sets, and that the Fender Play instructional app has experienced a roughly 600 percent usership hike (compared to downloads at the year’s start).

The newfound interest in Fender guitars is also coming from younger buyers. A fifth of the app’s latest users are age 24 or younger, whereas 70 percent are under the age of 45. And nearly half of the rock-minded persons are female, which is substantially higher than pre-pandemic averages.

Only time will tell whether these players stick with the hobby in the coming months (and particularly once the bug is in the rearview), but it’s difficult to put a negative spin on the apparent intrigue of a youthful generation.

Similarly, Fender (as well as different guitar manufacturers) is already taking steps to appeal to its newest fans and other potential clients. Earlier this week, for instance, the Fullerton, California-headquartered entity unveiled the “Billie Eilish Signature Ukulele.” The limited-quantity, $300 ukulele appears to be just one element of a larger plan to resonate with younger individuals who are considering learning an instrument.

Of course, there’s a clear-cut difference between an instrument’s resonating with and selling to the public. But current evidence suggests that strong buying interest across multiple age groups has grown during a time when little else has.