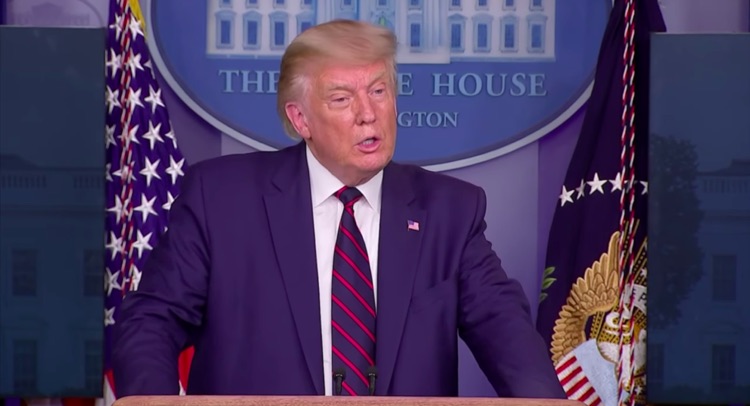 President Trump has indicated that there’s “$300 billion ready to go” for second stimulus checks, but it’s unclear whether Congress will agree to distribute the funds in a new round of economic assistance payments.

Will a second stimulus check ever get mailed? With major sectors of the U.S. economy still shut down — including traditional concerts, tourism, various retail sectors, and most indoor entertainment — a number of Americans stand to benefit from second stimulus checks. But a Congressional stalemate is dimming the possibility.

Though the passage of a second stimulus package (and second stimulus checks) appeared likely for a time, initial disagreements have proved too substantial to overcome thus far. In brief, the House’s bill calls for closer to $3 trillion in new spending, whereas the Senate’s subsequently drafted legislation would allocate about $1 trillion. Today, in a clear-cut testament to the deeply ingrained differences within Congress, the latter bill failed to garner the 60 votes required to pass the Senate.

Nevertheless, politicians on both sides of the aisle have emphasized from the outset that they support distributing second stimulus checks. Disagreements concerning other parts of the corresponding legislation, however, have drawn the negotiation process to a screeching halt on multiple occasions.

Now, there might be a light at the end of the tunnel. Just recently, President Trump specified that a $300 billion tranche within the already-passed, $2.2 trillion CARES Act may be sent to eligible recipients in the form of second stimulus checks.

The funds in question – roughly $259 billion earmarked for loans to small businesses – would require congressional approval to send out as second stimulus checks.

Previously, the president initiated $300 weekly federal unemployment payments (handled by FEMA, on top of states’ respective assistance) by tapping into the Department of Homeland Security’s Disaster Relief Fund. But once again, Congress would have to agree on the second stimulus checks from the $259 billion.

Legislators haven’t yet approved the proposed second stimulus checks, but additional developments (and broader negotiations) are undoubtedly forthcoming. Separately, Congress has until September 30th to reach a deal to stop the government from shutting down. These talks are also ongoing, as Treasury Secretary Mnuchin and Speaker Pelosi have informally agreed to keep partisan measures out of the legislation.

Two days back, DMN reported on when Americans can expect to begin receiving the previously mentioned $300 federal unemployment benefits. In most states, the aid will become available sometime during September. However, dates are tentative and vary dramatically by location, with a select few states planning to send the compensation in October or even November.