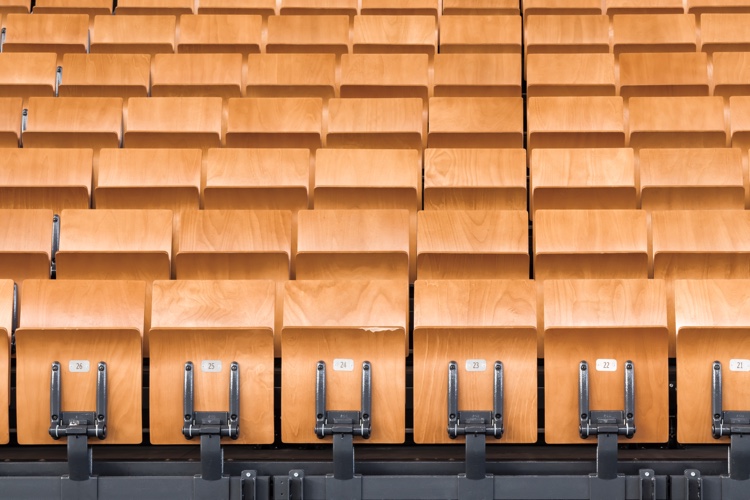 During their ninth and most recent “Happy Hour” livestream event, Touring’s Out. Now What?, music licensing and distribution platform Songtradr welcomed two eminent musicians to discuss how they’re adjusting to cancelled concerts and the wider pause in touring.

Digital Music News joined a substantial virtual crowd for the 60-minute session on cancelled concerts and the music community’s path forward. Songtradr CXO Victoria Wiltshire hosted the function, and her first guest, clavinet extraordinaire Lachy Doley, has collaborated and/or toured with the likes of Glenn Hughes and Joe Bonamassa. Additionally, the National Live Music Awards-nominated artist has released seven albums independently and with his band, the Lachy Doley Group.

Joining Wiltshire and Doley was Grecco Buratto, who has worked with Shakira, P!nk, k.d. lang, Sérgio Mendes, and many other esteemed artists, in addition to writing and composing for television shows such as Everwood and Miami Vice. Plus, the Brazil-born music expert speaks several languages and has dropped more than a few tracks in Portuguese.

Cancelled concerts have materially impacted both Buratto and Doley’s careers. Doley has played more than 300 shows since 2011, and Buratto had planned to maintain a rigorous international touring schedule prior to the pandemic. Accordingly, in explaining how they’ve adjusted to the unprecedented new norm, the talented musicians disclosed a multitude of useful tips.

Early in the Happy Hour, both guests detailed the disappointment and surprise they felt when cancelled concerts became a reality. But they quickly made the most of their cleared schedules: with cancellations pouring in, the musicians simply shifted their goals.

For Buratto, this pivot involved completing unfinished projects, and Doley did the same while also embracing livestreaming and other earning opportunities for the first time.

“I instantly started offering lessons,” said Doley. “I hadn’t really done that before, I’m not really a born teacher I would say.”

The endeavor has proven financially beneficial and artistically rewarding for Doley, and Buratto emphasized the array of professional chances he’s unlocked as a result of his busy (non-touring) schedule.

Building upon the latter point, a set-in-stone routine and strong work ethic are advantageous for a multitude of reasons – not solely due to the heightened chance of scoring invaluable deals.

“I’m definitely used to that rhythm of always having something going on and doing something and producing and recording and that kind of thing. So I try not to be still,” said Buratto, who embraced the difficult circumstances of his position while recognizing his inability to immediately change them.

Later, Doley also touched upon the idea, alluding to the advantages that professional consistency presents during a time that’s fraught with uncertainty.

“Just keeping very busy, basically, I find that if I’m busy, I’m in a good headspace,” said the Adelaide native.

Next, Doley and Buratto have taken small steps to monetize their already-completed works, and these payments will add up with time, possibly comprising a substantial sum down the line.

Lachy Doley, for his part, acknowledged the importance of “money coming in from lots of little places” and proceeded to elaborate upon the related changes he’s made amid the pandemic – changes, it bears mentioning, that will continue to produce results even after things return to normal.

Addressing his just-monetized YouTube videos specifically, Doley said: “You can actually get these tiny little bits of money – they’re not much, but they’re consistent. And basically, the more that you do, then the more of those little bits are gonna add up. And eventually, maybe over another five years, those little bits may actually be enough to keep you afloat if for some reason you can’t do gigs or you choose not to do gigs.”

“Another thing I have been doing is a general cleaning up of my old computer, hard drives, digitizing cassette tapes – yes, all of that,” he said.

While tackling the assignment, the “Tudo Não Me Basta” artist uncovered recordings of 15-year-old acoustic guitar sessions, the best of which he proceeded to equip with an orchestra and turn into a 10-track album. Though the project was slightly more involved than cashing in on existing streams, it nevertheless relates to the overarching goal of capitalizing upon past endeavors’ untapped potential.

Lastly, Lachy Doley relayed that he’s moved to cultivate a strong digital presence, and a quick examination of his social media interactions and streaming plays suggests that the initiative has been successful.

Forging strong (remote) relationships with fans as lockdown restrictions remain in place is important, because these connections – like the above-mentioned monetization byproducts – will be beneficial after the pandemic’s conclusion.

“But really making that a huge focus and getting committed to, you know, whether it’s doing livestreams every week or just putting new material up on the streaming sites consistently. I’m almost starting to think of Spotify as just another news stream in a way,” stated Doley. “I think the more you put out there, the more people are gonna come and hopefully enjoy what you do. But you just have to be consistent and try and be as creative as you can.”

Fans can catch the full replay of the Songtradr Happy Hour on YouTube. The next edition – set to take place on September 17th – will feature Mobb Deep’s Havoc as well as Murs in a discussion about the significance of hip-hop music.