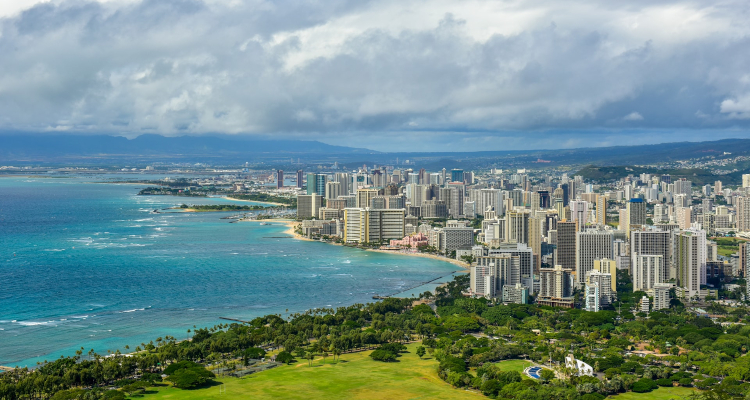 The governor commemorated the occasion with a virtual signing ceremony (the first in Hawaii’s history) and a corresponding social media announcement. Having unanimously passed through the Legislature, the Hawaii Truth in Music Advertising Act is similar to the Truth in Music laws that 34 other states have enacted.

Specifically, the legislation prohibits artists from billing and/or promoting themselves as a different, unaffiliated “recording group” – per the text, any individual or band that’s released music commercially – in relation to live performances in Hawaii.

According to HB 1678, musicians in Hawaii cannot play gigs while suggesting “a false, deceptive, or misleading affiliation, connection, or association” between themselves and a recording group, with a few exceptions. Most obviously, an act that is the “authorized registrant and owner” of a name’s trademark can utilize the title in adverts, as can any band or solo performer that the original recording group has “expressly authorized” to do so.

Also under the Hawaii Truth in Music Advertising Act, usage rights extend to any person who was formerly part of a recording group and who possesses “legal right by virtue of use.”

Tribute bands are too allowed to promote, so long as their name “is not so closely related… that it would tend to confuse or mislead the public.” Lastly, adverts and artists needn’t abide by HB 1678 if the marketed gig will take place outside of Hawaii.

One of the act’s most vocal proponents, Hawaii Senate Majority Leader J. Kalani English, addressed HB 1678’s implementation in a formal statement: “The key strength of this bill is its simple premise: Don’t take something that is not yours and don’t pretend to be something you’re not. Imposter performers violate both of those simple rules. This measure will put a stop to this destructive activity and strengthen Hawaiʻi’s musical heritage.”

The Recording Industry Association of America (RIAA) also commented on the Hawaii Truth in Music Advertising Act’s becoming law, voicing agreement with the measure via a formal statement. Earlier this week, the 68-year-old trade organization announced its support for another newly approved bill, California’s AB 2257.

California Governor Newsom signed off on the legislation sooner than many experts anticipated, granting immediate AB5 exemptions to musicians, industry employees, and a plethora of other freelancers in The Golden State. Though some members of the music community have taken issue with AB 2257’s scope, the majority of artists appear to have recognized the amendment as a major step in the right direction.