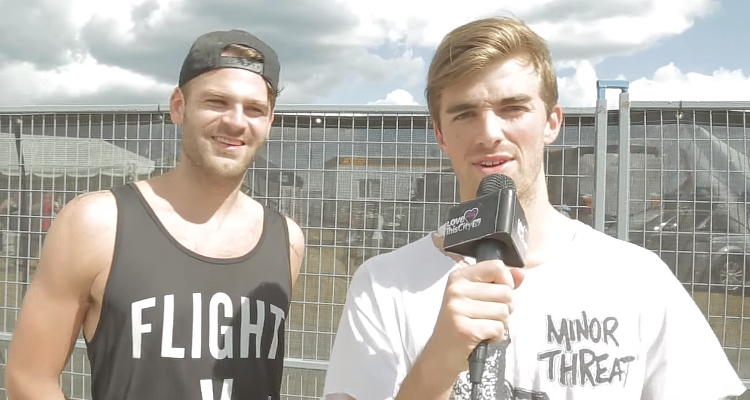 The Chainsmokers have officially launched their venture-capital fund, Mantis, by raising north of $35 million from investors including billionaire Mark Cuban.

The Chainsmokers recently detailed their ultra-successful fundraising effort – and shed light upon their plans for the multimillion-dollar endeavor – in an interview with TechCrunch. Joining Dallas Mavericks owner Mark Cuban in backing Mantis was TPG Capital’s James Coulter, Silicon Valley angel investor Ron Conway, and former PayPal exec Keith Rabois, among others. (The Chainsmokers themselves have extensive experience as angel investors.)

Notably, a pair of financial professionals (Milan Koch and Buskin Records co-founder Jeffrey Evans) are handling Mantis’ daily operations, with The Chainsmokers’ Andrew Taggart and Alex Pall providing insight and direction concerning the venture firm’s long-term direction. Earlier this year, the Grammy-winning act expressed a desire to invest $50 million via Mantis, and thus far, the fund has stakes in mortgage-lending startup LoanSnap and celebrity-workout platform FitOn, to name just some.

Taggart and Pall (who are aged 30 and 35, respectively) have signaled that they’ll continue to support brands that can benefit their fan base.

Aside from rolling out and attracting backers to a venture firm, The Chainsmokers have taken other recent steps to demonstrate their earning potential and score major paydays. The New York City-based DJ duo – who Forbes declared the world’s highest-earning disc jockeys in 2019, when they took home a whopping $46 million – made headlines in late July for playing a packed gig in the Hamptons, following approximately 100 shows during 2019.

While these headlines chiefly related to the set’s non-socially distanced nature (attendees were instructed to remain in their clearly marked parking areas, but they ultimately assembled before the stage), tickets to the sold-out charity concert cost between $850 and $25,000.

The Chainsmokers are in the process of crafting their fourth studio album, though they haven’t yet specified its release date.

And last August, The Chainsmokers sold 100 percent of their catalog rights to song-investment fund Hipgnosis; Taggart also parted with the rights to 10 tracks that he wrote personally. The highly leveraged company reportedly pays well above market value for catalogs as part of a long-term bet on music IP’s possible income.

Outside of their careers in music and Mantis, The Chainsmokers have co-launched ticketing platform YellowHeart, which aims to afford artists and fans more control over their concert passes. The pair also acquired a piece of JaJa Tequila.