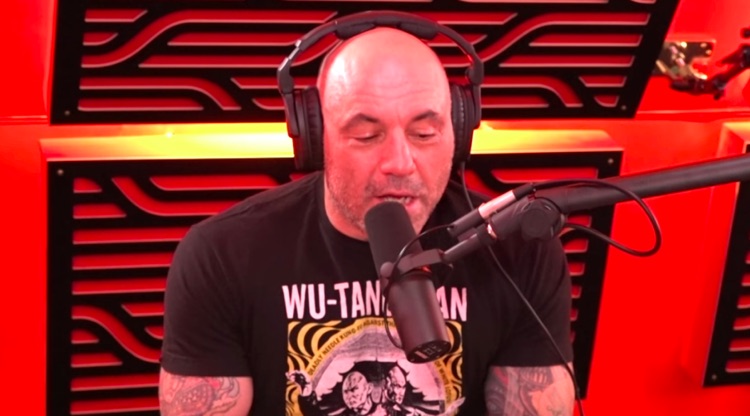 A group of Spotify staffers are now reportedly pushing to introduce direct editing oversight over The Joe Rogan Experience — before the episodes go live. That includes content flags, trigger warnings, references to fact-checked information, or simply refusing to publish an episode at all.

The demands follow a string of controversial comments by Joe Rogan, who was lured to Spotify in a massive, $100 million deal. Rogan’s appeal to millions of listeners is his unfiltered and irreverent approach, though that style isn’t sitting well with an activist group of Spotify staffers who say he needs to be reined in.

But despite the glaring omissions, Spotify staffers are now stepping up their demands to control more of Rogan’s content. Vice first reported that Spotify employees have conducted more than ten meetings to discuss possible changes. Those discussions included proposals for the outright removal of additional podcast episodes.

Of particular focus in an earlier conversation featuring author Abigail Shrier, who wrote Irreversible Damage: The Transgender Craze Seducing Our Daughters. Shrier’s opinions on the matter drew howls of protest from certain Spotify staffers, who demanded its removal — though the episode is still available on the Spotify platform.

Now, Digital Music News has learned that the protesting employee group is stepping up its demands to control Rogan’s work.

Part of the rationale is that Spotify already exerts control over content like playlists, even those created by outside curators.  So why not extend that oversight to podcasts as well?

This has reportedly gone all the way to the top, though Spotify CEO Daniel Ek appears to be pushing back. From a business standpoint, the reason is fairly obvious: Rogan’s audience likes his direct, unedited style, and could quickly abandon the comedian-podcaster if he’s edited. That might explain why the Shrier podcast is still live, though a strange development emerged earlier today.

In completely uncharacteristic fashion, Joe Rogan issued a public apology for comments made during his recent interview with Douglas Murray.

In the episode, Rogan alleged that left-wing activists had intentionally set wildfires in states like Oregon, a claim refuted by the FBI and other officials.

“I actually love Portland, it’s one of my favorite places to perform,” Rogan said.  “Most of the people there are very nice. But there’s a madness going on there — you want to talk about the madness of crowds, that exemplifies that right now.  They’ve arrested people for lighting forest fires up there, they’ve arrested left-wing people for lightning these forest fires. Air quote ‘activists,’ this stuff isn’t widely being reported.”

Earlier today, Rogan issued a mea culpa: “I need to make an apology and a retraction,” Rogan said on Instagram. “I said something on the podcast with Douglas Murray about people getting arrested for lighting fires, and I got duped. It’s wrong.”

Whether that apology was made under pressure from Spotify is unclear, though Spotify staffers want to edit comments like that before they get published. That would include simply cutting the section out, or issuing a warning and link to other information — similar to the oversight employed by Twitter and Facebook.

Of course, that level of oversight could create a serious rift between Rogan and Spotify. Beyond that, it could constitute a breach of contract, which would give Rogan an exit from the deal after delivering a handful of episodes (currently, Rogan episodes have now been scrubbed from all Spotify alternatives).

Either way, this marriage looks troubled — just days after the honeymoon.