Empty Concert Halls In the U.S. Are Being Converted Into Polling Stations 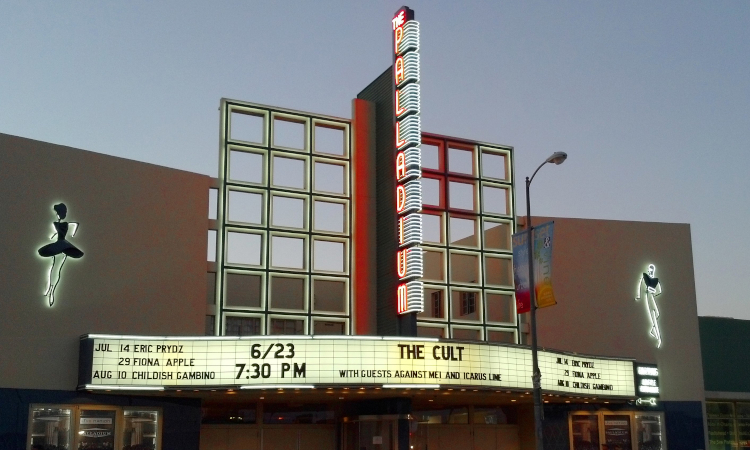 The Hollywood Palladium, one of the Live Nation venues that will serve as a polling station this November. Photo Credit: Doug Goodwin

With traditional concerts still on hold throughout much of the U.S., Live Nation is exploring the possibility of using more than 100 venues as polling stations during the 2020 elections.

The leading concert promoter recently announced its innovative plan to welcome voters on Election Day, which will arrive in just 46 days. Thus far, Live Nation has confirmed that polls will be available at Los Angeles’s Hollywood Palladium (which boasts an 11,200-square-foot dance floor) and Wiltern, Austin-based Emo’s (formerly known as The Back Room), and Atlanta’s Buckhead Theatre. Additionally, Philadelphia’s Fillmore – not the original San Francisco venue – “is in the final stages of the vetting process,” per Live Nation’s release.

In total, the Beverly Hills-headquartered company intends “to examine the feasibility of” utilizing approximately 100 venues as polling stations, though it’s unclear at this time how many of the otherwise-unused establishments will actually be converted. Plus, Live Nation is working with More Than a Vote, “a coalition of Black athletes and artists dedicated to protecting voting rights,” and Civic Alliance, a collection of businesses that are aiming to improve voter turnout. Other Civic Alliance members include Universal Music Group (UMG), Spotify, Riot Games, and iHeartMedia.

Lastly, the formal release specified that Live Nation will afford employees “up to one half-day of paid time off” on Election Day, besides granting any interested team members a full day of paid time off if they serve as poll workers. Power the Polls, which is looking to address the “nationwide poll worker shortage” brought on by the COVID-19 pandemic, has partnered with Live Nation to remedy the possible scarcity.

Addressing his company’s venue conversions and political-organization partnerships in a statement, Live Nation President and CEO Michael Rapino said, in part: “We’re honored to work with such incredible partners and will do everything in our power to support and empower voter engagement among our employees and the public.”

In July, Universal Music Group announced that it would make Election Day a company holiday for all employees. Sony Music followed suit about one month later, detailing the paid holiday it will grant employees as part of the Your Voice, Your Power, Your Vote initiative. Broadly, the undertaking seeks to help employees cast ballots in the upcoming presidential election and future races.

While the final Big Three record label, Warner Music Group (WMG), has yet to reveal plans for Election Day 2020, it and a large portion of other music industry companies have given American personnel multiple hours to vote in past races.