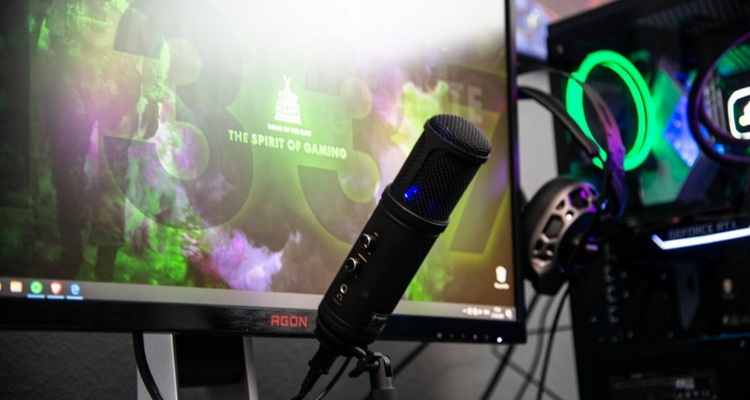 Logic is an exclusive Twitch streamer now, but he’s putting Universal Music Group on blast for his catalog.

“Too many of my gaming homies @Ninja included have wanted to play my music during stream and on YouTube but @UMG wont let me,” he tweeted. “I want 2 give to this great community and allow them 2 use my music for free! This is beyond a dollar sign. I want the community to enjoy my music.”

His very public pressure puts the onus on the record label to respond. It also comes after a fiery Twitter tirade from Kanye West against Universal Music Group’s treatment of artists. West invoked artists like Chauncey Hollis, Drake, and Taylor Swift in his complaint about perceived wrongs perpetuated by the record label.

“Ok guys check this out, I don’t have a contract with Universal… I have ten. They try to burry us alive,” Kanye tweeted. Kanye then shared screenshots of every one of his UMG contracts. He even went so far as to post a clip of him urinating on a Grammy while doxxing a journalist, which promptly got his Twitter account suspended for 12 hours.

Digital Music News subsequently reassembled the Twitter pages into the original contracts.  A dive into the legalese reveals that West has enjoyed multi-million dollar advances, ownership shares, and even master rights ownership.

Meanwhile, Twitch is cracking down on its game streamers and their unauthorized use of music.

It received a massive two-year backlog of DMCA requests against content. The result was massive streamer bans, with a change to how Twitch as a platform approaches music.

Separately, Amazon shut down Twitch Sings – a karaoke game with a curated catalog of music. Amazon says Twitch is going with a ‘different strategy’ when it comes to music. Accordingly, the platform is catering more to indie musicians as the pandemic wears on. But it is also running afoul of artists who want their music to be available – regardless of payment.

“It’s CRAZY, dude. I’ve talked about this with so many artists, and they just feel trapped. They want their music played but can’t get approval,” Jack “CouRage” Dunlop tweets.

Some artists like 21 Savage have allowed game streaming access to his music – because he owns the rights to his masters. Not every artist has this luxury, however, and many find themselves in the same position as Logic.

Kanye and Logic’s contracts with UMG are legally binding, so neither artist has much recourse. The public pressure could change that, though. So far, UMG has not publicly responded to the complaints lodged on social media. Ninja attracts millions of viewers every night now that he’s returned to Twitch.