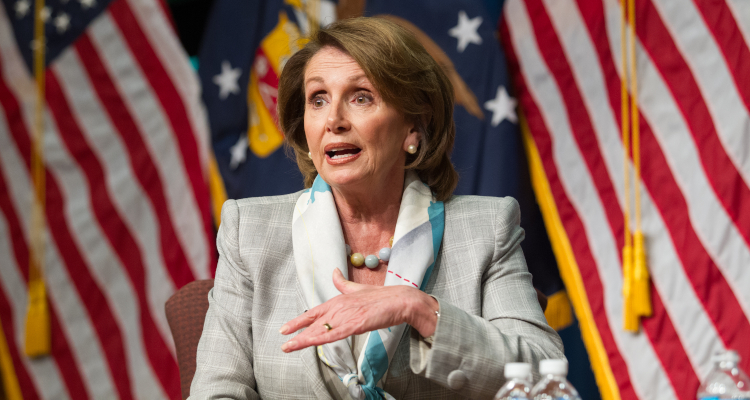 Speaker of the House Nancy Pelosi recently claimed that the president “just wants his name” on a second stimulus check, casting additional doubt upon the prospect of a new round of government aid.

The speaker delivered the remark in a podcast interview, thereby underscoring the substantial political disagreements that are preventing a second stimulus check from coming to fruition. We’ve covered the corresponding White House-Congress talks since they initiated in late July; with traditional concerts still shelved in much of the U.S., artists and other members of the music community stand to benefit from an additional once-off payment.

At the outset, it appeared likely that White House officials and Speaker Pelosi would overcome their disagreements; both sides supported (and continue to support) a follow-up to the $2.2 trillion CARES Act, which included $1,200 stimulus checks. The new legislation’s specifics, however, remain the subject of ample discussion and dispute.

Generally speaking, the House favors a more expensive and comprehensive stimulus package, whereas the Senate and the White House are looking to keep the bill’s cost around the $1 trillion mark. Additionally, the quick-approaching election and the Senate’s preparing to nominate a new Supreme Court justice have exacerbated the variance between the positions – and, in turn, affected the chances of a second stimulus check reaching Americans.

In the aforementioned interview, Speaker Pelosi doubled down on her stance once again, saying: “That’s all he [the president] wants is his name on a check that goes out.”

President Trump has pushed back against the idea on Twitter, writing in part: “Democrats are ‘heartless’. They don’t want to give STIMULUS PAYMENTS to people who desperately need the money, and whose fault it was NOT that the plague came in from China.”

Despite these protracted negotiations and considerable disagreements, there have been some encouraging developments on the second stimulus check front.

11 days back, we reported on the president’s indicating that there is “$300 billion ready to go” for a second stimulus check. The as-yet-unused $259 billion in question was earmarked for small businesses in the CARES Act, but would require congressional approval to distribute to Americans. As this second stimulus check option could sidestep a second bill, it bears mentioning.

More recently, a bipartisan, 50-representative coalition, dubbed the “Problem Solvers Caucus,” demanded a $1.5 trillion compromise bill encompassing a second stimulus check (as well as a possible third check), renewed federal unemployment benefits, and more. Though Speaker Pelosi has specified that this legislation “does not meet the needs of the American people,” it nevertheless represents an important step – verifiable, concrete progress – on the path towards the next round of aid.