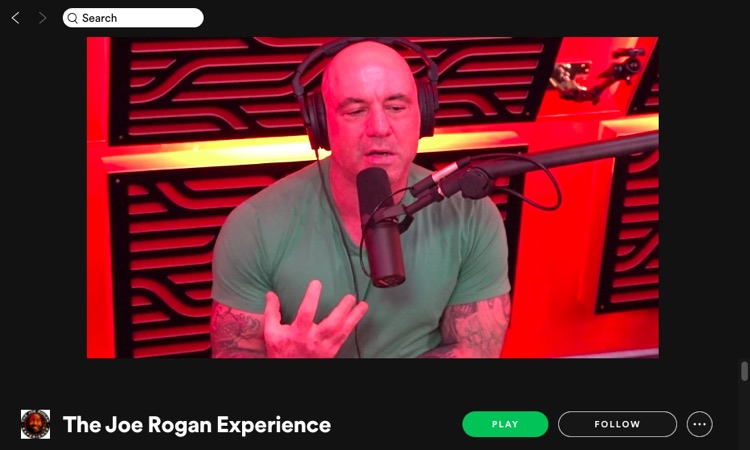 A contingent of activist Spotify staffers are now considering a walkout or full-blown strike if their demands for direct editorial oversight of The Joe Rogan Experience podcast aren’t met.

Late last week, we first reported that Spotify employees were demanding direct editorial oversight over the recently-acquired Joe Rogan Experience podcast.  That would include the ability to directly edit or remove sections of upcoming interviews, or block the uploading of episodes deemed problematic. The employees also demanded the ability to add trigger warnings, corrections, and references to fact-checked articles on topics discussed by Rogan in the course of his multi-hour discussions.

Some of the group’s demands have already been met by Spotify management, though a refusal to allow further changes is stirring talk of a high-profile walkout or strike.  According to preliminary plans shared with Digital Music News, the strike would principally involve New York-based Spotify employees, and would be accompanied by protests outside Spotify’s Manhattan headquarters.  Other aspects would involve media appearances and coordination with other activist organizations.

For Spotify, the decision to offer some concessions may have only emboldened demands for wide-scale editorial oversight.

During the transition of Rogan’s podcast episodes onto the Spotify platform, multiple past episodes were omitted.  Those included interviews with Milo Yiannopoulos, Gavin McInnes, and Alex Jones.  Additionally, Rogan issued a rare public apology and correction over his claim that left-wing anarchists had set fires in Oregon, a point that was made during a recent interview with Douglas Murray.  The apology is now believed to be the result of pressure from Spotify staffers.

But those measures apparently don’t go far enough. Rogan’s claim during the Murray podcast is still part of the podcast recording, despite demands that the offending section be removed or directly corrected within the audio itself.  It now appears that Spotify is unwilling to directly edit or otherwise alter any existing episodes, with content alteration considered a bright line that shouldn’t be crossed.

Spotify’s management has also refused to remove a more contentious recent episode involving Abigail Shrier. Shrier, a Wall Street Journal writer and author of Irreversible Damage: The Transgender Craze Seducing Our Daughters, appeared on The Joe Rogan Experience in July and has drawn the most protest from the activist Spotify employees.

During the episode, Shrier sharply questioned whether extremely young women should be undergoing gender-transition operations, treatments, and therapies, while also questioning whether many of these women are genuinely trans or simply seeking acceptance and validation.  That drew accusations of transphobia from a contingent of LGTBQ+ Spotify employees, who reportedly demanded changes in more than ten separate meetings with Spotify upper management.

Ultimately, Spotify decided to keep the episode intact after judging that none of the platform’s content guidelines were broken.  That decision has apparently been viewed as a serious affront by the protesting employees, a group that is now discussing the high-profile strike or walkout as a next move.

If a walkout or strike moves forward, it could be risky for the staffers involved.

Other corporations have certainly witnessed walkouts and even full-blown strikes by activist employees for a range of grievances.  Those protests have often been met with changes, though the employment landscape has changed dramatically in 2020.  Spotify employees reportedly enjoy comfortable salaries in the $120-$130,000 annual range, with considerable perks and benefits.  These are plum jobs in extremely uncertain economic times, making a strike a risky move.

It also appears that Spotify management — including CEO Daniel Ek — has a limited tolerance for the mutiny on deck.  Accordingly, DMN has learned that Spotify clearly shared its decision on the Shrier episode, and has declined continued demands to edit or remove other episodes.

The reason for Ek’s pushback is somewhat obvious.  Joe Rogan’s entire identity revolves around unfiltered discussion and opinion, and audiences could abandon the podcast if it becomes censored or controlled.  Earlier this year, Spotify lured Rogan into an exclusive relationship with an estimated $100 million deal. That deal ultimately scrubbed Rogan episodes from a range of Spotify alternatives.