Bandcamp Sales Have Jumped 122% Since Last Year — Here’s Why 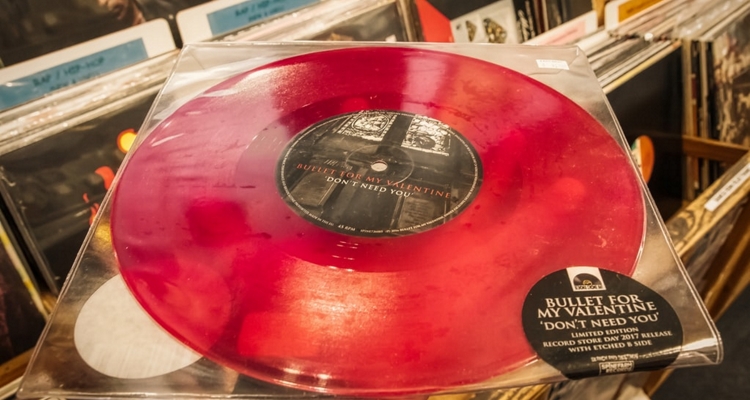 Chances are fans who want to buy music directly from their favorite artist do so through Bandcamp. Bandcamp sales spiked massively this year, but it’s not just the pandemic driving those sales.

In the past year, Bandcamp has sold five million digital albums, two million tracks, one million vinyl albums, 600,000 CDs, 300,000 cassettes, and 250,000 t-shirts. That’s a bit of rounding with the numbers, but the highlight there is physical media sales.

Fans are also voluntarily adding a markup. According to Bandcamp, 40% of purchasers paid more for their item than the artist listed asking price. Overall, sales are up 122% in the last 30 days, compared to the same period last year.

It’s a stark contrast to music streaming platforms led by Spotify, Apple Music, and YouTube Music. Artists who are paid less than a penny per digital stream are turning to physical copies of their work to survive again. Bandcamp helps facilitate that close relationship between artists and fans. Bandcamp’s indie-sized company of 76 took venture capital funding in 2007 and 2008 and has been profitable since 2012.

As part of its Bandcamp Fridays series, the site promotes music and doesn’t take a cut. That has helped artists during the pandemic, many of whom don’t have easy record store distribution options. Spotify’s artist discovery features and personalized playlists just don’t compare to Bandcamp’s virtual retail environment.

Bandcamp encourages its listeners to browse not by what is most popular algorithmically, but by picking a subgenre or format. Selecting a genre like ‘Electronic’ gives users a list of related music to browse, like dubstep, trance, glitch, and chiptune.

One artist told the Los Angeles Times that one payday from a Bandcamp Friday promotion equaled a month of Spotify plays.

That level of disparity shows just how little artists are being paid for their music streams. But will Bandcamp ever sell out? Bandcamp’s CEO says the company would only consider partnerships with companies that serve artists first.

That’s decidedly not Spotify CEO Daniel Ek, who caught flak for recently telling artists to work harder. In August, Ek said that artists should get with the times; that Spotify has changed the music industry. “Some artists that used to do well in the past may not do well in this future landscape, where you can’t record music once every three to four years and think that’s going to be enough,” Ek said, seemingly placing the blame on artists’ shoulders.

Streaming’s failure to pay artists its fair share has led to fan support of platforms like Bandcamp. With live shows and touring out of the equation, for now, that’s becoming more important than ever.