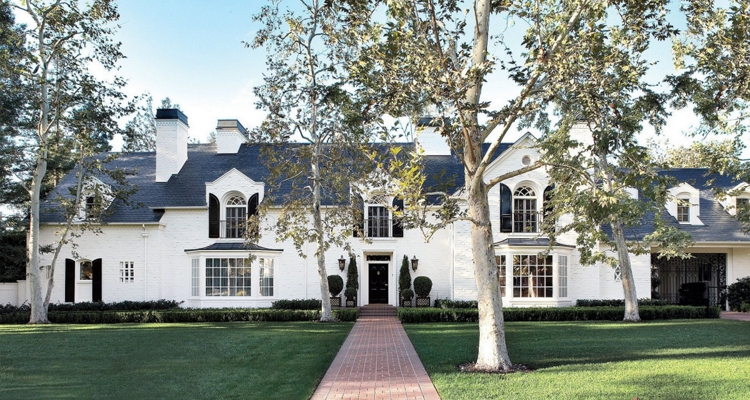 StubHub CEO Eric Baker is closing on his third Beverly Hills mansion – this one a $40MM 1.86-acre behemoth.

The house Baker bought was never ‘officially’ on the market, so details about the transaction are scarce. Variety picked up reports of the mansion sale, which last sold for in 2011 for $23.1 million. The house was built in 1942 by architect Carlton L. Burgess.

Eric Baker co-founded StubHub in 2000. It’s become the world’s largest ticket marketplace, but Baker was kicked out in 2004. Baker then moved to London, where he founded Viagogo – a controversial ticket exchange in Europe. Last year, Viagogo acquired StubHub from eBay for $4 billion in a deal that Forbes called “the worst deal ever.”

StubHub is currently facing the biggest ticketing and live concert crisis in its history. Yet the company’s former CEO and new owner Eric Baker seems unfazed as he snatches up real estate around Los Angeles. Baker’s StubHub deal closed on February 13th, just a month before the COVID-19 pandemic started hitting America hard.

Baker’s familiarity with Beverly Hills real estate is well-known, despite his reclusive nature. In 2018, he paid $23.5 million for a double-lot estate in the Beverly Hills Flats neighborhood. Just a few months later, in January 2019, he paid $25 million for another home in the same subsection. That means Baker has spent at least $90 million between the three Beverly Hills mansions he now owns.

StubHub found itself in legal trouble after the COVID-19 pandemic hit. The company was hit with a class-action lawsuit by a Wisconsin resident, which stated that StubHub “reneged on its guarantee to provide cash refunds” to those seeking them after the COVID-19 pandemic. Instead of issuing a refund, StubHub tried to update its policies to give affected users a 120% credit for events canceled after March 23rd. Previously, StubHub offered a full refund option.

The COVID-19 pandemic wiped out at least 90% of StubHub and Viagogo’s revenue streams.

StubHub furloughed two-thirds of its US staff in late March. The company’s outlook was downgraded from stable to negative within the span of another month. In July 2020, StubHub began shuttering many of its global offices worldwide.

British antitrust regulators are particularly interested in the deal, forcing Viagogo and StubHub to operate separately for now. Viagogo says it is cooperating with the investigation, but it has delayed efforts to streamline operations.

StubHub fees averaged 23% before the live concert crash. Will it ever recover? For Eric Baker, perhaps the answer isn’t so pressing.