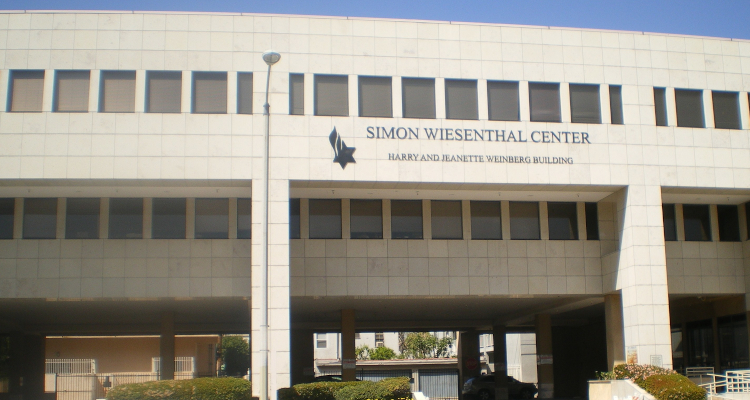 The Simon Wiesenthal Center’s director for international relations, Dr. Shimon Samuels, expressed his concerns in a letter to Spotify CEO Daniel Ek. Then, the 43-year-old human-rights organization summarized the correspondence’s contents in a release. According to this formal message, Dr. Samuels’ letter informed Ek of the troubling lyrics within the newest songs from Freeze Corleone, whose full name is Issa Lorenzo Diakhate.

Furthermore, Dr. Samuels and the Simon Wiesenthal Center highlighted some of the words that constitute Freeze Corleone’s “malicious rap,” including lines such as: “Too many Cohens, Jews in finance, politics, plots, school books / Against them is the courage and bravery of the 3rd Reich and its heroic mysticism.”

Based upon these and other lyrics (a direct mention of former Taliban commander Mullah Omar and numerous references to Adolf Hitler among them) from Freeze Corleone, who was born in Les Lilas but resides in Dakar, Senegal, presently, the Simon Wiesenthal Center letter to Daniel Ek stated: “Corleone is thereby poisoning young African Europeans against the Jewish community – which is already a target for extremists in Sweden [Ek’s home country] and Jihadists across Europe and the Middle East.

“Mr. Ek, we urge you to remove Freeze Corleone’s raps from Spotify, thus evoking awareness in Sweden and beyond that malicious hatred can kill and is not ‘freedom of expression,’” the inquiry concluded.

At the time of this writing, neither Spotify nor Daniel Ek himself had responded publicly to the letter from Dr. Samuels and the Simon Wiesenthal Center. Additionally, the music of Freeze Corleone is still live on the music streaming platform (as well as on competing services).

To be sure, the opening track from Corleone’s LMF, which released on September 11th and encompasses the anti-Semitic songs, is currently ranked 12th on Spotify’s daily Top 200 chart for France. Plus, three of the top five spots on the European nation’s weekly Top 200 Spotify chart are occupied by Freeze Corleone, who has already been dropped by Universal Music France over the lyrics.

The situation presents a multifaceted and decidedly public challenge for Spotify (and its competitors), which must weigh both sides of the matter – the impact of overtly anti-Semitic lyrics and the potential consequences of censoring artists. That many French fans are continuing to stream Corleone’s latest works nearly three weeks after their debut is also worth bearing in mind.

Lastly, France’s International League Against Racism and Anti-Semitism (LICRA) has called for an investigation into the lyrics, and many French politicians have criticized the corresponding songs and Freeze Corleone himself.