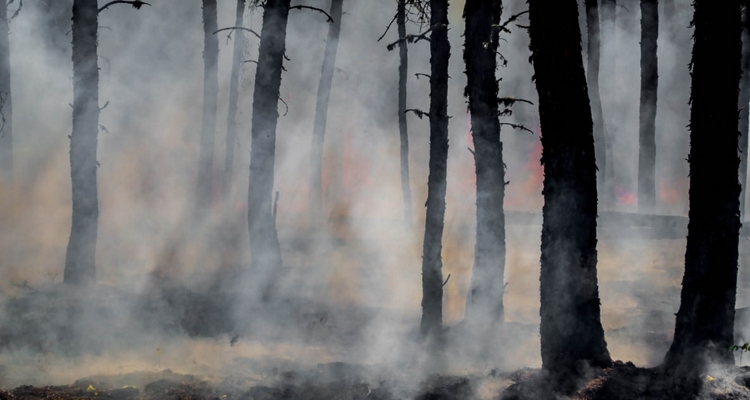 Metallica’s All Within My Hands charity handled the donations, which will fund five organizations spread across three states. Those organizations include:

“Communities across the West Coast of our country are suffering,” Metallica said in their announcement.

The All Within My Hands Foundation is donating $250,000 to assist in wildfire relief efforts. The organization was founded in 2017 as a way to give back to troubled communities. Metallica says fighting wildfires on the West Coast is one of its foremost battles for its charity.

“This is the fourth consecutive year, dating back to the formation of the Foundation in 2017, that All Within My Hands has activated to support fire relief: the critical local services component of our mission,” the charities’ statement says.

Metallica fans who want to support wildfire relief efforts are encouraged to do so. Donating money, non-perishable food, clothing, and other supplies are needed across California, Oregon, and Washington. There is still more than a month left in the fire season, so these donations will continue to support fire relief efforts. Over five million acres across three states have burned so far this year.

Personally, I live on the West Coast of Oregon, and while I am not in immediate fire danger, a thick, heavy smoke hangs in the air. It’s an omnipresent reminder that just 60 miles away, thousands of acres are still burning. If you’re interested in learning how you can donate to assist those impacted by these wildfires, check out the American Red Cross resources.

Most recently, a massive wildfire is ripping through the Napa and Sonoma valleys in California. Dubbed the ‘Glass Fire,’ it has burned over 42,560 acres and is 0% contained.

Authorities say at least 95 structures have burned, including homes and winery installations. There are 10,700 homes currently threatened by the ever-growing blaze. Nearly 50,000 people have already been evacuated or are waiting on notice to leave the area.

“Although we don’t have a specific number, we know there have been home losses in the burn areas, and our collective hearts go out to all those who have lost their homes,” the Sonoma County Sheriff’s Office tweeted.