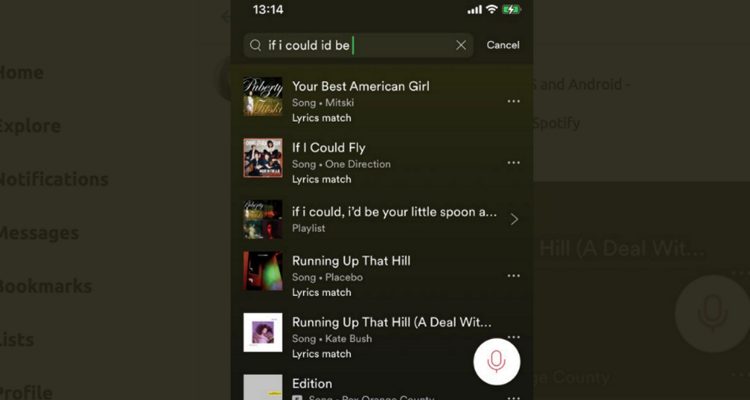 Spotify lyric search is finally here on both iOS and Android devices, more than two years after Apple Music launched the feature.

Spotify rolled out the feature today, allowing users to search for songs by their lyrics. It’s something Apple Music users have enjoyed for at least a couple of years now. It’s highly useful in situations in which you’re singing a new song, but don’t know the name.

Now, you can find the song in Spotify by simply typing in what you’re singing. That’s already a well-worn behavior: most users typically search the web for the lyrics to find the name of the song. Accordingly, Spotify’s move could cut down on traffic to sites like Genius, where lyrics are displayed. Spotify designer Lina shared the new feature via Twitter.

Spotify is slowly but surely working to match some of the glaring disparities — like lyrics search — with Apple Music.

Spotify is also improving how it serves up playlists and tracks in its “Made For You” section. For example, users can now navigate music by decade. A Time Capsule playlist invites listeners to go back in time in their listening past with a constantly-refreshing 50-track playlist. Spotify’s Time Capsule draws from preferred genres, age, and the listener’s country to serve up its nostalgic music.

Unfortunately, Spotify is still behind the times when it comes to new features. iOS 14 launches with new widgets, a feature Android has had for ages. (Spotify even tried to kill off support for the Android widget last year.) Spotify hasn’t embraced creating a Spotify widget for its iOS app yet. But there are some third-party apps that get the job done.

If Spotify wants to argue that it should compete on a level playing field with Apple Music for iOS users, it should have feature parity.

Spotify lyric search is one step forward on that path, but many more are needed. As Spotify’s antitrust battle against Apple plays out in EU courts, expect to see more of this. Whether Apple Music comes pre-installed on iOS devices or not, if Spotify doesn’t have feature parity, then people won’t use it.