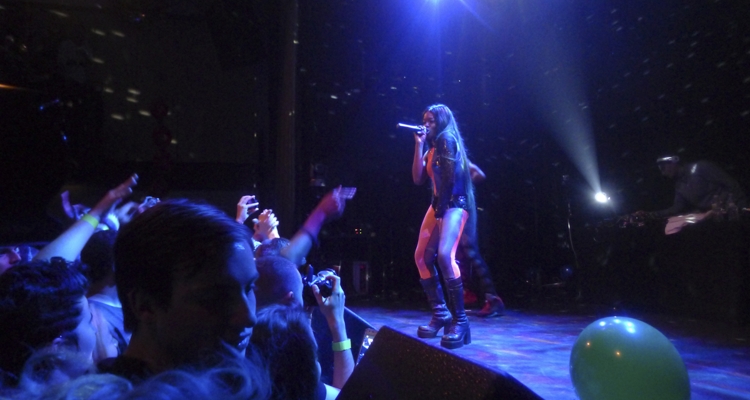 Azealia Banks has been suspended from Twitter after a salvo of tweets deemed transphobic.

On October 13th, Banks fired off several tweets about who should be allowed to get the COVID-19 vaccine first. She quickly turned on the trans community with her remarks. “Cancel all these dumbass luxury transgender healthcare ‘rights’ and redirect the castration funds to the Latino farmers working to actually feed any of us through this crisis,” she tweeted.

“They deserve access to the Trump COVID treatments more than any of you a—holes *need* to chop your cocks off and get breast implants and hormones. This is bulls—t,” she followed up.

But Azealia Banks wasn’t done maligning the trans-community there. When people began calling her out for her transphobia, she responded in kind.

“Who f—king cares. You hoes want free healthcare to pay for breast implants under the guise of body dysmorphia, but a cisgender woman can’t make the argument that she’s uncomfortable with the size of her breasts/face and ALSO get free luxury plastic surgery procedures?”

The Twitter community quickly jumped on the tweets, reporting them en masse before they disappeared. Many users tried to engage with the rapper and tell her why they feel as though she’s wrong. But those tweets are now gone as the entire Azealia Banks account has been nuked – again.

The 29-year-old rapper has a history of making transphobic and homophobic comments. Twitter took action late Tuesday night to completely suspend the account. None of the tweets are available online anymore, except in screenshot form. Azealia Banks has previously stated she has family in the LGBTQ community.

But in 2015, she was the subject of social media outrage after calling a flight attendant a “f—king fa—ot.” Banks has also tweeted, “I am bisexual. My brother is trans. My employees are all gay men. America picks and chooses when it likes to be offended.” She also tweeted earlier this year that Kanye West was hiding his homosexuality from the world.

Her controversial tweets are gone for now, but she’ll likely be back. Azealia Banks quickly created another Twitter profile the last time she was banned from the platform for her comments. Twitter is notably lax about allowing celebrities and users to create new accounts. As long as the ToS-violating behavior doesn’t occur on the new account – nothing happens.

Perhaps Banks should follow her own advice when she tweeted she was ‘done’ with Twitter. “This pandemic, extreme lack of social interaction, no intimacy, combined with constant public ridicule, is making life harder than it’s worth,” the rapper said last month.