Halsey: Brought to You by Budweiser 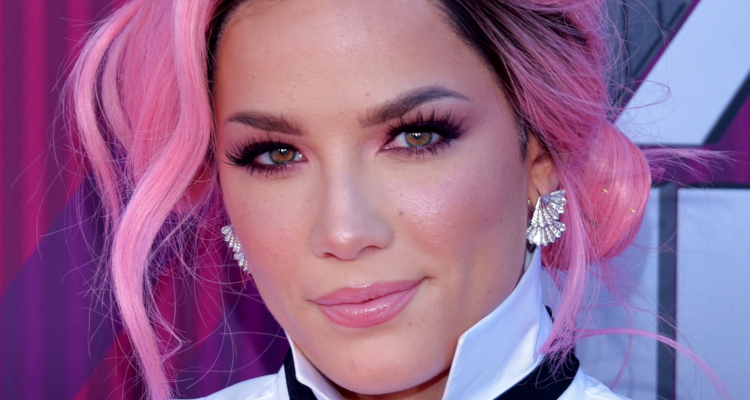 Budweiser and Halsey have unveiled a massive sponsorship centering on the 26-year-old’s rags-to-riches story.

Halsey, whose full name is Ashley Nicolette Frangipane, recently took to social media to announce the Budweiser deal. “Soak up the richness around you, every detail. Never give in. Kings aren’t made overnight,” wrote the New Jersey native, whose message was accompanied by a two-minute-long clip dubbed “Be a King.”

This promo video charts Halsey’s path from a hard-up rising act – including frequently sleeping in New York subway cars and Halsey Station itself – to stardom, performing before sold-out crowds around the globe.

Stepping away from a throng of passionate fans and into the backseat of a vehicle, a fur coat-clad Halsey catches her breath at the work’s start. The “Without Me” singer, wearing a Budweiser t-shirt beneath the jacket, then exits and races to catch a subway, at which point the video flashes back to her pre-fame – and pre-Halsey – days.

Absorbing and taking note of these trying times while maintaining a strong sense of self-belief enabled Ashley to ultimately become the Halsey known across the world today, the clip suggests. Finally, the modern-day Halsey navigates the city with newfound authority, even approaching a billboard bearing her likeness.

Social-media reactions to the Budweiser-Halsey partnership look to be overwhelmingly positive, and more than a few fans have commented on the emotional appeal of the advert campaign’s inaugural video. In this vein, it seems likely that the deal will produce shorter spots, branded beverages, and merchandise moving forward.

For reference, Post Malone has long been sponsored by Bud Light (which, like Budweiser, is part of the Anheuser-Busch InBev banner), and the 25-year-old filmed multiple #PostyStore commercials plugging Bud Light Seltzer for Super Bowl LIV. Needless to say, his and Halsey’s sponsorships are valuable in terms of (undoubtedly substantial) outright compensation. But the mega-beers are also giving lots of high-wattage exposure to both stars.

Moreover, the latter point is particularly noteworthy when, as in Halsey’s case, the campaign is tailored to the artist’s backstory and career nuances. And on the brand side, these in-depth and personal marketing efforts may well attract additional consumers from generally untapped demographics. Traditional beer sales are down among U.S. millennials, compared to other generations, and a large portion of 20- or 30-something drinkers are grabbing for craft brews.

Lastly, it’ll be interesting to see the effects of Budweiser’s carefully tailored promotional moves in coordination with those of seemingly broader, more all-encompassing campaigns.