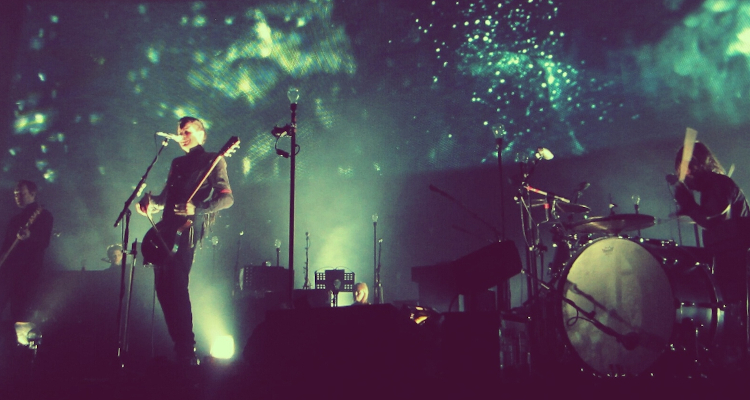 Sigur Ros has taken aim at their native Iceland’s “shameful” tax laws, calling for immediate reform and specifying that they’ve been the subject of “unjust and draconian prosecution” concerning unpaid taxes.

The 26-year-old rock group levied their firmly worded criticism of Icelandic tax laws in a formal release, which was shared with Digital Music News this morning. Reykjavik-based Sigur Ros acknowledged at the outset that they’re facing an upcoming court case for tax evasion, but denied personal responsibility and attributed the owed sum to “accounting errors” on the part of financial professionals.

The allegedly unpaid taxes in question stem from earnings accumulated between 2011 and 2014, and Sigur Ros says that they reached a post-investigation deal to cover the outstanding amount plus fees and interest (about 150 percent of the original taxes). Subsequently, however, the release indicates that each of the group’s members saw their personal assets, “valued at well in excess of the value of the outstanding taxes and fines,” frozen indefinitely.

Plus, Iceland’s District Attorney pursued a separate case against the Icelandic Music Award-winning band, “relating to the same period.” A district court overturned the suit in 2018, but the Supreme Court of Iceland then moved to resume the double-jeopardy prosecution. In spite of paying the aforementioned 150 percent of their original tax bill, Sigur Ros could potentially face jail time as a result of this continued case. Also worth mentioning is that a date hasn’t yet been set for the controversial trial – a point that factored into the group’s decision to take a public stand against Icelandic taxation policies.

Lastly, the release notes that the 47-member-state European Court of Human Rights has ruled in favor of the plaintiffs in three similar cases, and that Iceland’s federal government has put new double-jeopardy tax cases on hold “with a view to amending the legislation.” Nevertheless, some 100 suits remain open and “are still being aggressively pursued through the courts.”

Addressing the situation in a joint statement, Sigur Ros (including current members Georg Holm and Jónsi as well as past members Kjartan Sveinsson and Orri Dyrason) said, in part: “We have always provided our full cooperation to all investigations and reached an agreement with the Icelandic tax authorities to pay what we owed plus interest and fines.

“However, in the intervening years we have become victims of an unjust and draconian prosecution by the Icelandic government who are unfairly seeking to portray us as deliberate tax evaders, something we have always and continue to strongly deny.

“We have been charged and tried twice for the same offense, our assets have been frozen for years now, we are facing potential financial ruin and as such we are calling on the Icelandic government to revoke these outdated double jeopardy tax laws, which have affected numerous Icelandic businesses,” continued the band members, whose passionate message spans about 300 words.

“We are fortunate to have a platform in order to speak out about this and we do so not just for ourselves but for the many others who have been caught up in this shameful failure of the Icelandic legal system, which does nothing but embarrass our country,” they concluded.