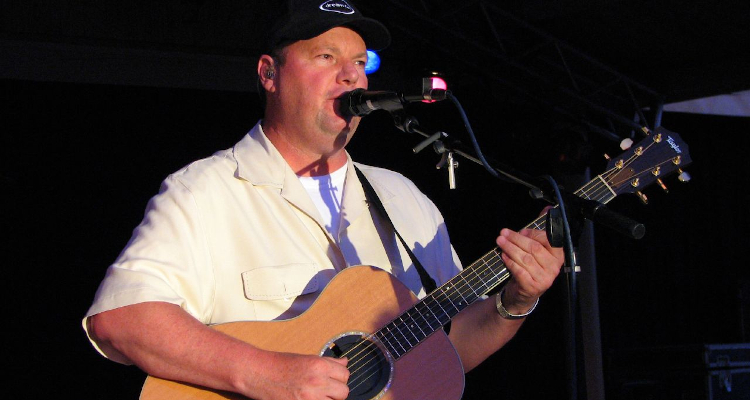 After revealing his fight with COVID-19, “Sailing” singer Christopher Cross has experienced a nearly 1,000 percent hike in music sales.

Christopher Cross revealed his novel coronavirus diagnosis via a Facebook post back in April, and since then, he’s charted his long and difficult road to recovery. Three weeks after testing positive, Cross felt as though he was getting better – until he found himself unable to walk upon returning home from the market.

After being transported to the hospital (where he ultimately spent 10 extremely difficult days in the ICU), the 69-year-old was diagnosed with Guillain-Barré syndrome, an autoimmune disorder that damages the peripheral nervous system.

Doctors said that COVID-19 likely triggered the extremely rare, rapid-onset disease, which, according to the National Institutes of Health (NIH), is diagnosed in just 10 individuals per one million U.S. residents annually. Almost 10 percent of sufferers perish as a result of GBS’s complications (one-quarter of those diagnosed with the disease experience weakened breathing muscles and, in turn, respiratory failure), and for others, the recovery process requires months or even years.

By late July, Cross revealed that the paralysis had “abated” in his hands and face, and that he was able to resume playing guitar. And at the beginning of September, the “Sailing” singer thanked his care team and physical therapist for helping him to walk again.

However, the artist stated in a recent CBS Sunday Morning interview – his first since coming down with COVID-19 – that he’s still grappling with lingering physical effects of GBS.

Now, following this televised conversation about his months-long return to form and triumph, Christopher Cross has enjoyed a 979 percent music-sales uptick, per Nielsen Music/MRC Data. “Sailing” led the pack, volume-wise, followed by “Ride Like the Wind” (the first single of his self-titled debut studio album) and, in third place, “Arthur’s Theme (Best That You Can Do).”

On Spotify, the San Antonio native’s monthly play count is currently about 3.55 million, with “Sailing” in first place, followed by “Arthur’s Theme (Best That You Can Do)” and then “Ride Like the Wind.”

Cross, who is continuing to regain strength with each passing day, also said in the Sunday Morning sit down that he’s looking forward to performing live once again. And if Cross’s impressive sales figures, solid streaming numbers, and strong social media presence are any indication, fans are also eager to enjoy his concerts after the pandemic is placed in the rearview.