Sync Licensing: It’s Much Bigger Than TV, Film, and Commercials 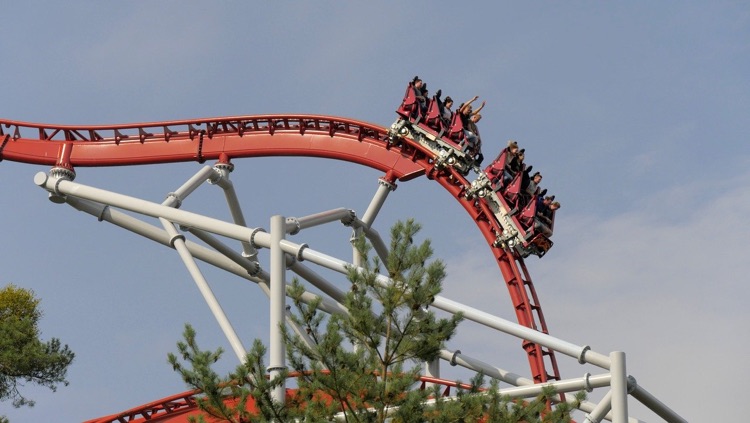 Sync licensing is a major source of income – and exposure – for both well-established acts and the stars of tomorrow. But contrary to the commonly held belief, there’s much more to the fast-growing music industry sector than film, television, and commercials.

Earlier this year, we published a comprehensive introduction to the exciting world of sync licensing, including who and what are involved with the corresponding deals. To summarize, sync licensing refers to the process of matching your music in any type of visual media. Carefully selected songs bring video games’ fast-paced battle sequences to life and complement most every film’s credits, for instance.

And with platforms like Hulu, Netflix, HBO, and Amazon continuing to ramp-up their content production in the streaming age, additional sync opportunities are becoming available to artists. Another key component of sync is its obtainability for all creators.

The reason is that music supervisors employ a “fit, not a hit” system when selecting tracks, prioritizing works’ suitability for their project as opposed to commercial prevalence. Moreover, the exposure that sync licensing delivers often proves significant for artists, many of whom experience a popularity boost following a placement that makes an impression on viewers.

But this isn’t to say that TV, film, adverts, and gaming are the only visual-media spheres where sync licensing is thriving.

The quick-expanding sync space now encompasses an array of outside-the-box placements, to the benefit of artists around the world. During a recent “Happy Hour” livestream event, music licensing and distribution platform Songtradr welcomed two individuals who’ve achieved considerable career success via placements that break the mold.

The panel’s first guest, producer and songwriter Joseph Crow, has worked with talent including Adam Lambert, The Veronicas, and Korn’s Jonathan Davis, to name just some. Towards the hour-long discussion’s beginning, Crow described his extensive experience crafting stomp music. Stomp, the former WNBA DJ Crow explained, refers to music made using real-world, non-instrumental sounds – and in his case, those that come from the workplace.

The unique process begins when the Regional Emmy winner’s agency connects with corporate clients and films their places of business. Crow, in turn, uses the captured audio to develop tracks, and these works complement the edited footage and are typically played during industry gatherings and companywide functions.

One past client, the United Brotherhood of Carpenters, received a stomp song featuring the sounds of drills, saws, hammers, and the other noises that you’d hear in shops and on worksites. (Crow said that he took the track in a rock direction.)

And notably, the Oklahoma native and 10-year LA resident struck on a point that previous Happy Hour guests have mentioned when disclosing tips for other sync- and placement-minded persons.

“You need to be very familiar with what the client is expecting,” said Crow. “Above anything else, the person who’s paying, you need to make sure you know what they are hoping to get out of the project. … It’s not what I want, I’m serving what their needs are. So just being familiar with the ‘project link,’ what the emotion is of it, you know, it’s all super, super crucial.”

Brandon Christy, who composed and produced the Access Hollywood theme for 17 years, joined Joseph Crow for the Songtradr sit down. After noting that he transitioned to behind-the-scenes music industry roles following a period as an artist, the frequent Robbie Williams collaborator explained that he helped conceive and tailor the on-ride music for the new-and-improved Space Mountain. Golden Globe-winning composer Michael Giacchino, who’s scored multiple Mission: Impossible and Jurassic World installments, tapped Christy to join the project.

Building upon the assignment’s “tailoring” aspect, the panelist emphasized that passengers’ total weight affects each ride’s duration and timing. Heavier trains proceed uphill at a comparatively slow pace (and descend quicker than light trains), and simply hitting “play” would cause more than a few riders to hear music at the wrong moments.

The solution was to divide the score into segments triggered by the train itself, Christy relayed. A strings section plays – looping if necessary, depending upon the passengers’ progress – until the train triggers a brass piece, and so on. Needless to say, the unexpected consideration represents one of the many obstacles that accompany mold-breaking placements.

The multi-instrumentalist Christy also told viewers of another unforeseen obstacle that he’s overcome during his 25-year-long career – this time when he was creating music for SeaWorld’s Shamu Rocks show. “And this was of course before the documentary Blackfish, which exposed all the animal cruelty,” Christy specified at the outset.

The lucrative placement opportunity went according to plan until Christy and his associates – composer Adam Cohen and Hannah Montana songwriter Jeannie Lurie, in this instance – realized that they’d forgotten to account for the most important (and largest) stakeholders.

“The one that we forgot was the whales, the orcas themselves. We did this very nice song, sort of light, light rock. It was called ‘Black and White.’ And we found that after a few months, we got contacted. They asked us to remove the beats, because the beats were upsetting the principal stakeholder that we’d forgotten about, which was the whales themselves.

“And then they kept asking us to remove more and more of it. I hope it didn’t make them angry and cause any of the unfortunate stuff that eventually happened,” joked Christy. “I don’t think so. But there are always stakeholders that you are going to forget about that are going to be vital. … With unusual placements, it’s always going to be odd. So you’ve got to think of everything.”

The advice is undoubtedly worth bearing in mind, as traditional sync licensing opportunities and their outside-the-box counterparts are becoming increasingly abundant with each passing day. For artists and other creators, the industry-wide shift will bring more gigs, a greater amount of exposure, and a wider variety of ways to achieve professional results. Accordingly, there’s never been a better time to read up on secrets for scoring sync deals and maximizing revenue, as well as surprising lessons from two established sync licensing songwriters.