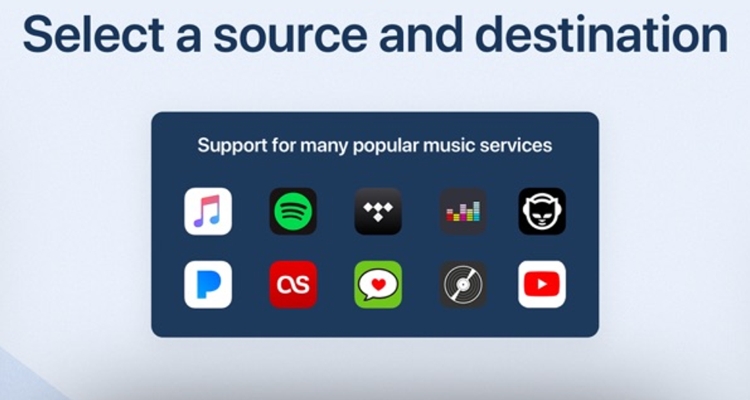 Spotify has relented and made some changes to its developer terms of service agreement. As a result, SongShift will continue to function with Spotify – but with a new set of less-stringent limitations.

Last week, SongShift announced it could no longer support syncing Spotify with another music service. According to SongShift developers, the Spotify Developer Platform Team told SongShift to remove the ability to transfer playlists from Spotify or have their API access revoked due to a TOS violation. “While this is not the news we wanted to hear, we respect their decision,” SongShift said in their blog post.

SongShift said it would continue to support transfers into Spotify, but not out. The decision quickly angered SongShift’s small-but-dedicated userbase, which immediately started plotting their next steps. Some music fans with multiple subscriptions prefer to keep their playlists synced across services. The removal of transfers out of Spotify was a big blow to the community.

Now, the development team at SongShift has released an update. The team says that as of SongShift v5.1.3, Spotify playlist transfers are now enabled again. “The only caveat is, you have to have created the playlist yourself. Or the playlist must be collaborative and followed by you,” SongShift devs say.

That means Spotify objected to users being able to export its curated playlists rather than personal playlists. For example, exporting the current Rap Caviar playlist every Friday to Apple Music is now impossible. You can re-create the playlist yourself using the same music, but you can’t export curated playlists that update automatically.

SongShift says it is incredibly grateful to Spotify for working with them to find a solution. Spotify’s update to the terms of service now disallows the export of curated content, which no longer impacts SongShift. Essentially, Spotify wants to keep the ‘secret sauce’ of its curated playlists available on Spotify.

That’s a pretty reasonable request and a great solution to anyone who uses music sync services. But don’t think Spotify made this change willingly.

A bit more digging reveals that the SongShift community in the EU utilized the GDPR laws to force Spotify to change. Specifically, GDPR article 20, subsection 2, which states that “the data subject shall have the right to have the personal data transmitted directly from one controller to another, where technically feasible.”

In this case, users want to be able to transmit their personal music data from Spotify to Songshift. A Netherlands SongShift user wrote to Spotify about the issue as soon as it was announced on October 10th.

“I demand that you re-enable the API or allow for some other method to allow me to exercise my rights under the GDPR, so I can transfer my personal data directly from Spotify to another music service.

That’s wholly unnecessary now, thanks Spotify’s GDPR compliance. SongShift can continue to function as a transfer of personal data – but not Spotify’s curated collections.