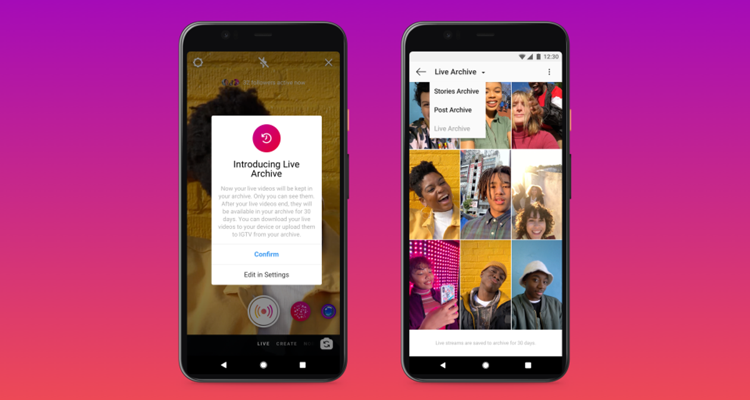 Instagram is increasing its live stream duration to four hours – up from just one hour.

Users who want to take advantage of Instagram’s extended live stream feature must be in good standing. That means no policy or intellectual property violations on the account. The idea is to stop users who might attempt to host watch parties or listening parties for their followers.

Increased Instagram live stream time means the platform is setting itself up to rival both Twitch and YouTube. Why go to YouTube to watch an artist stream when you can do so right from Instagram?

The extended duration could help make Instagram the favored destination for artists over Twitch. Twitch quickly grabbed the live-streaming throne in music, though the platform is mired in a serious row with the RIAA and music labels over its lack of music licensing. The COVID-19 pandemic only exacerbated the problem as music streaming took off.

On the shorter end, Instagram is also stepping into TikTok’s territory with its short-form video feature dubbed Reels. By expanding both Reels and longer live streaming sessions, Instagram wants to be a social media video destination.

Instagram is also making some changes to how it archives its live stream presentations.

Soon users will be able to archive streams for up to 30 days to keep them watchable on the platform. Instagram says the feature works similarly to archiving Stories and posts from a feed. Instagram also added the option to save streams to IGTV earlier this year. Users can upload streams into IGTV from the archive, too.

The Live Now section of the app also features recently hosted live streams. It now pops up after a user finishes watching a live video on IGTV.

The general idea is to help users with discoverability on Instagram. Part of the ‘secret sauce’ for TikTok is its Discover algorithm, which feeds content to new users.

Increasing live streams to four hours bumps Instagram into Twitch and YouTube territory. So not only is Instagram taking on platforms like TikTok and Triller, but it’s also hoping to replace Twitch and YouTube. Instagram is primarily known as a destination for photos and short videos – but will people even want to live stream on yet another Facebook-owned platform? For people under 30, the answer to that question is probably no.