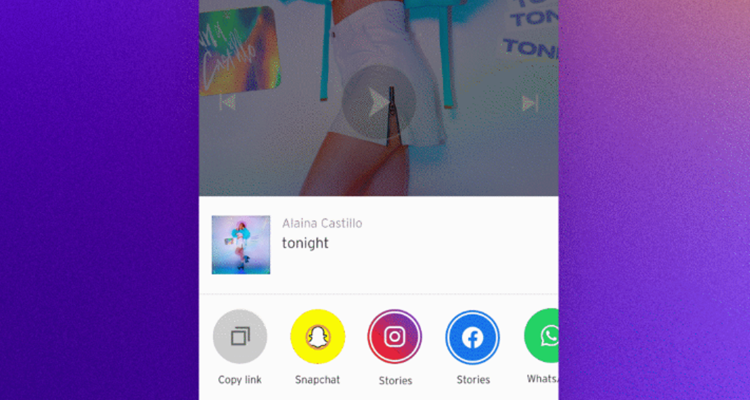 The new feature makes it possible to share tracks with just three taps from the SoundCloud app. For creators, sharing their music with Snapchat and Facebook Stories is an effortless promotion to fans. It helps expand your existing brand while pulling in new fans who stumble across the post on social media. Rival Spotify began offering something similar last year.

SoundCloud also allows users to create unique playlists, then share that playlist to followers. Here’s how to share your favorite tracks from SoundCloud on social media.

SoundCloud says the Snapchat share feature is available to everyone on iOS and Android.

The Facebook Stories share feature is rolling out to select users and will soon be available for everyone. “Help your friends and fans discover what’s new, what’s next, and what’s playing in your ears,” the official blog post reads.

SoundCloud has been expanding its reach through several strategic partnerships. Back in March, they announced a partnership with Twitch to fast-track music fans to partner status. The move allowed established artist accounts to start earning cash for their virtual performances on the gamer-focused platform.

But that partnership may have also brought down the RIAA’s wrath on Twitch as many musicians flocked to the platform. Now Twitch finds itself in the crosshairs of angry music labels, angry streamers, and angry artists. Twitch established a partnership with SoundCloud and several other services to provide music for its new Soundtrack feature.

The idea is to offer millions of rights-cleared tracks to streamers – without Twitch striking record label deals. So far, Twitch seems happy to continue to play DMCA whack-a-mole with creators who violate copyright laws.

Twitch has done everything it can to avoid signing music licensing deals like YouTube, Facebook, and even Snapchat have at this point. It will be interesting to see if Twitch’s partnership with SoundCloud, CD Baby, and other distributors is enough. Highly unlikely, though.