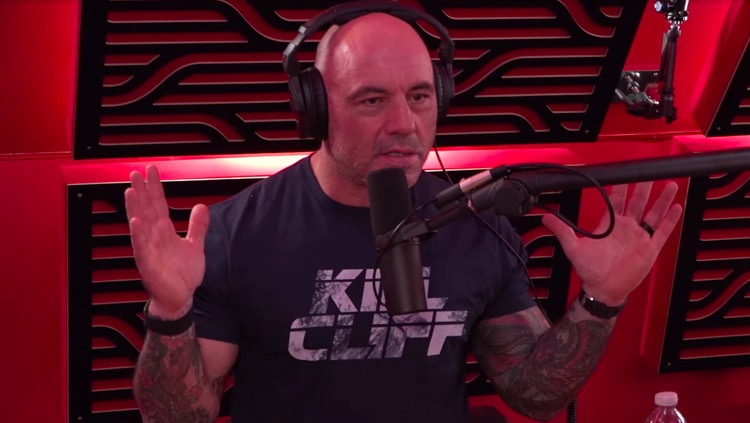 Following Alex Jones’ three-hour-long appearance on The Joe Rogan Experience — and an on-podcast message from Rogan to the Spotify employees who want to censor him — a Spotify higher-up has flatly denied requests to remove the episode and ban controversial guests in the future.

The behind-the-scenes pushback against Joe Rogan Experience episodes began shortly after the program debuted on Spotify in September, when episodes involving controversial guests failed to make the transition. Fans quickly criticized the perceived censorship – Rogan said when announcing the reportedly $100 million deal that he would retain complete creative control over the show – though company officials attributed the missing episodes to a technical hang-up. (These editions, including conversations with Alex Jones, remained absent at the time of publishing.)

However, it subsequently came to light that a number of activist employees had problems with Rogan himself – and threatened a walkout or full-blown strike if they failed to receive direct editorial oversight over the entire podcast. These distressed team members expressed their concerns (and demanded that additional episodes be removed) across multiple meetings with execs, drawing a response from Rogan himself.

Now, following interviews with Kanye West (which sources told DMN employees were pushing to delay until after the quick-approaching presidential election) and the Alex Jones episode itself, Spotify has doubled down on its hands-off approach for JRE guests and conversations. Horacio Gutierrez, who serves as the company’s head of global affairs and chief legal officer, broached the subject in a newly leaked email (dated October 28th).

Written specifically for managers to help them address and respond to questions and criticism, the letter emphasizes that leaders should encourage team members to report their “concerns” to “Trust and Safety.” Additionally, the former Microsoft exec Gutierrez indicates in the message that employees should formally flag content for review out of genuine concern, and not levy the requests “because of something they’ve read online.”

“It’s important to have diverse voices and points of view on our platform,” the letter proceeds in a section outlining discussion points for employees. “We are not going to ban specific individuals from being guests on other people’s shows, as [long as] the episode/show complies with our content policies.”

And in conclusion, Gutierrez acknowledges that team members won’t “agree with every piece of content on our platform,” while also encouraging these persons to remain aware of Spotify’s core “role as a platform” and the many moving parts involved with the decision-making process.

It’s unclear whether this development will prompt Spotify employees to follow through with their aforementioned strike or walkout plans – which chiefly center on a potential demonstration outside Spotify’s Manhattan headquarters and coordinated activities with activist organizations, per preliminary outlines.

As a noteworthy final aside, despite the all-time-high stock values – and far-reaching controversy – that have arrived with Spotify’s multimillion-dollar podcast investments, the company revealed in its Q3 2020 earnings report today that just 22 percent of MAUs “engaged with” podcasts – an increase of only one percent from the second quarter.