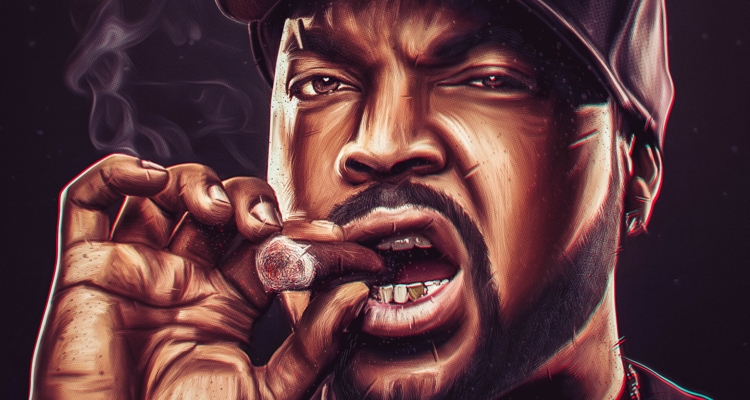 Ice Cube now has beef with a Democratic Congressman accusing him of lying. The rapper says, ‘roll the tapes.’

Ice Cube did some behind-the-scenes work for the Trump administration in October, specifically on an initiative focusing on black Americans. It was brought to light after senior campaign advisor Katrina Pierson thanked the rapper on Twitter for his input on Trump’s Platinum Plan. Now, Cube is catching some flack from a Democratic congressman who questions the rapper’s account of how the Trump alliance unfolded.

On October 17th, Ice Cube interviewed with CNN to clear the air about his beliefs. He says he approached both the Joe Biden and Trump campaigns with his Contract With Black America initiative. He says only Trump took him up on his offer. Ice Cube says Biden’s campaign told Ice Cube to wait until after the November 3rd election.

Congressman Cedric Richmond, Biden’s campaign co-chair, says that’s not true. In a recent radio interview, the Congressman says: “Let me be crystal clear. That did not happen.”

Those are strong words, Congressman. Ice Cube did not appear to take kindly to the notion that he may be lying about his statements on CNN.

“Instead of going back and forth Congressman, please release the Zoom meeting so the world can see what was said by all,” Ice Cube tweeted. In essence, roll the tapes so everyone can confirm whether or not Biden was asked to support CWBA.

The Congressman applauded Ice Cube for ‘getting involved’ in policy but says CWBA isn’t enough. “I won’t say he has a skeleton plan, but he has an outline of things that should be done. It’s not as comprehensive as our plan. And so that’s what we told him, and the offer to stay engaged was not, ‘we’ll talk to you after the election.'”

The Platinum Plan is a proposal that includes branding the Ku Klux Klan and Antifa as terrorist organizations. It would also make Juneteenth a federal holiday. Ice Cube also seeks efforts to bolster Black economic prosperity, a goal he’s championed for years. He says he’s willing to work with anybody to get it done.

“Black progress is a bipartisan issue,” the rapper explains. “When we created the Contract With Black America, we excepted [sic] to talk to both sides of the isle [sic]. Talking truth to power is part of the process. I will advise anybody on the planet who has the power to help Black Americans close the enormous wealth gap.”

With only days to go until the election, Ice Cube may soon be speaking the truth to a new administration.