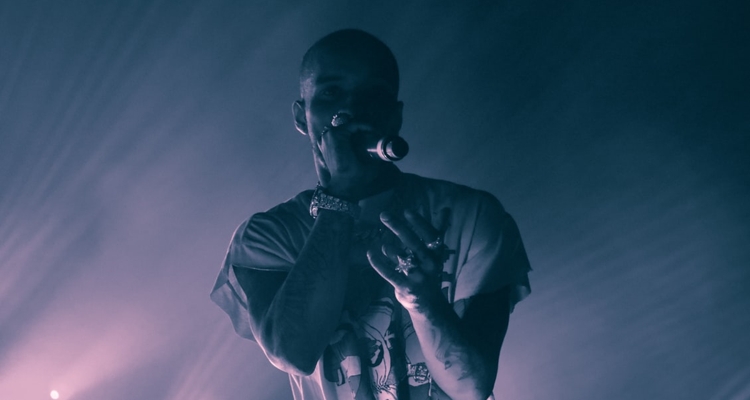 Can you spot ghostwriter rap when you hear it? Busta Rhymes chimes in on those who ‘rely’ on others to write their lyrics.

Busta Rhymes made the comments this week on the Drink Champs podcast. “The way I was raised, number one, you could never be classified as Top 10, Top 5, or top anything if you had assistance with your pen,” Busta told the podcast crew. “Period. You automatically disqualified, I don’t give a f—k how great you think you are.

Busta Rhymes compares rappers who get assistance with their lyrics to Lance Armstrong using steroids to compete.

Hot damn, Busta. Those are some harsh words for rappers who rely on ghostwriter rap. So who is spitting lyrics they didn’t write these days? Drake is perhaps the most well-known rapper with ghostwriter assistance, but there are quite a few more than you think.

Rappers Who Rely On Ghostwriter Rap (Other Than Drake)

Kanye West is often considered one of the greatest rappers of all time, but as Nickelus F points out that he relies on ghostwritten rap all the time. “If we gonna point the finger at Drake for having help, we can’t turn a blind eye to Yeezy,” he says.

From My Beautiful Dark Twisted Fantasy onward, Kanye has had help on his writing credits. Yeezus lists plenty of collaborators on his tracks. Even “Jesus Walks,” Kanye’s breakout single, was partially written by Rhymefest.

Best known for the beats he brings to the table, the doctor himself relies on ghostwriter rap. It’s been confirmed that Hova wrote all of “Still D.R.E.” and Eminem is at least partially responsible for “Forgot About Dre.”

Diddy is probably better known as an entrepreneur these days, but Sean Combs has released plenty of rap albums. And he’s been accused of using ghostwriters for nearly his entire career. What we do know is that Brooklyn’s Sauce Money wrote “I’ll Be Missing You,” a tribute to Notorious B.I.G.

Sauce says, “It’s almost like being an actor – I became him, and once I became him I knew what he would want to say to Big in remembrance.” Even Diddy himself has referenced the ghostwriter rap rumors in one of his lyrics, “Don’t worry if I write rhymes, I write checks.”

Snoop Dogg ghostwrote some of Dr. Dre’s early lyrics, but the Doggfather himself has relied on ghostwriting. Problem admitted to writing for him in a 2013 interview. Snoop himself said Malice in Wonderland was written by others. “I got a couple of my little homies that’s putting pen to paper. I be letting my homies get on by writing and expressing they thoughts through me,” he says.