Do People Still Buy CDs? The Answer Is Yes — Millions Are Still Sold Every Year 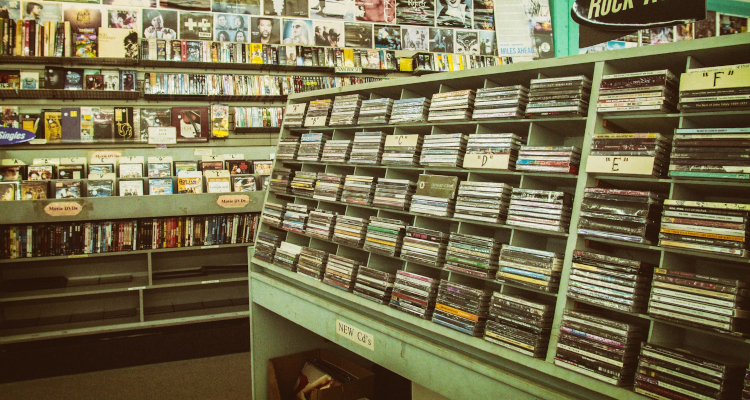 The short answer to the question that so many music fans have asked – ‘do people still buy CDs?’ – is absolutely ‘yes.’ But despite tens of millions of CD sales worldwide, evidence indicates that far fewer consumers are purchasing CDs amid the pandemic. It’s part of a trend that could continue even after COVID is in the rearview.

Nearly 11 million CDs were sold during the first half of this year — in the United States alone. Head over to the second largest music market in Japan, and CDs remain the dominant format with more than 70 percent of all recorded music sales. But with COVID closing record stores, CD sales in both markets could be facing serious declines ahead.

According to the Recording Industry Association of America (RIAA), U.S. recorded music revenues increased 5.6 percent during 2020’s first half, to $5.7 billion at retail value, compared to the same period in 2019. The fact that this growth arrived amid the pandemic is significant, with CD-buying die-hards still making purchases despite record store closures and widespread lockdowns.

Of course, most of the half-year increase is attributable to streaming. But US-based fans purchased about 10.6 million CDs, for total revenue of $129.9 million, during 2020’s initial six months. While substantial, the figures represent a clear-cut falloff from 2019’s first and second quarters, when physical music diehards spent about $247.9 million on 18.6 million or so CDs.

The majority of live-music execs believe that crowd based concerts and music festivals will reemerge sometime in 2021, and the preliminary clinical success of Pfizer’s COVID-19 vaccine undoubtedly bodes well for the timeframe and live music’s comeback. As things return to normal and fans resume enjoying non-socially distanced shows, it’ll be interesting to see how – or if – CD sales change.

Though it’d be easy to assume that CD sales will automatically rebound to their pre-COVID-levels, a couple facts suggest that the ongoing shift will outlast the virus. First, streaming is picking up steam – meaning that some former CD lovers may opt to continue enjoying the convenience and accessibility of digital platforms post-pandemic. Generally speaking, recent months and years have seen leading streaming services add a sizable number of users to their ranks.

Next, vinyl has quietly stringed together 14 years of consecutive growth, and even the pandemic (as well as the canceled concerts and shuttered record stores it’s brought) has proven unable to break the more than decade-long streak. New vinyl-record shipments experienced a 2.3 percent jump between 2019’s first half and 2020’s first half, totaling 8.8 million units and $232.1 million on the revenue front, per the RIAA. The preowned vinyl market’s gains are more impressive, and the overarching trends appear capable of further diminishing CD sales.

Of course, this comprehensive answer to the age-old question – do people still buy CDs? – concerns sales only in the United States. But the domestic pivot from the format appears to be reflected in other nations – including Japan, where CDs have long been consumers’ preferred way to enjoy music.

Although CDs accounted for about 70 percent of recorded-music sales in “The Land of the Rising Sun” last year, streaming services’ market share grew to 15 percent. Some industry analysts believe that the figure will crack 20 percent in 2020. Time will tell whether the prediction holds true, but current data suggests that CDs might be giving way for streaming once and for all.