Is YouTube Down? How to Check If the Video Site Is Offline (And How To Fix It) 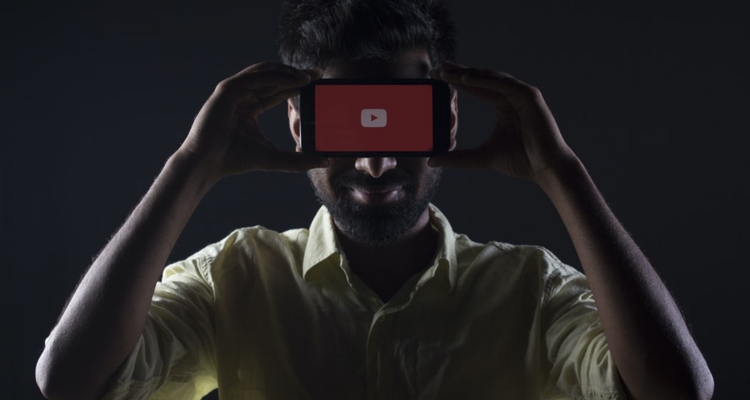 Is YouTube down right now? Here’s what to do if the world’s largest video site isn’t loading for you.

During the YouTube outage on November 11, many people reported being unable to watch videos or log in. YouTube confirmed a problem with its servers at around 7:23 EST.

“If you’re having trouble watching videos on YouTube right now, you’re not alone – our team is aware of the issue and working on a fix. We’ll follow up here with any updates,” the official YouTube account tweeted. The issue impacted several services across the YouTube offering, including YouTube TV and purchased TV and movies.

The YouTube outage was confusing because the site itself appeared to load just fine. But videos would not play, with an unspecified “error occurred” warning. This outage led to millions of searches for is YouTube down? It’s unclear when the site is working, but videos just don’t load.

At around 9:13 EST, YouTube finally gave the all-clear – after two hours, YouTube is no longer down right now.

While the outage only lasted for about two hours, it left many people feeling rattled. On the mobile app, the videos that weren’t loading didn’t really make it clear why. Websites that track whether or not a site is online or not saw a massive traffic spike during the event.

DownDetector saw a tremendous number of user reports of YouTube outages. In fact, these sites are often the best way to verify if YouTube is down for everyone or just you. At the height of the YouTube outage, DownDetector reported more than 280,000 new outage reports.

So far, YouTube has not clarified what caused the outage this time.

The last time a widespread outage like this happened, the Pakistan government was involved. In 2008, the Pakistan Telecommunication Authority ordered 70 internet providers to block YouTube. The restriction was only supposed to cover Pakistan.

There was also a massive YouTube outage in 2018 that YouTube didn’t explain. That outage affected YouTube, YouTube TV, and YouTube Music, preventing paying customers from accessing their services. Imagine paying for all of those services, and they all go down at the same time. You might as well not even have an internet connection at that point. 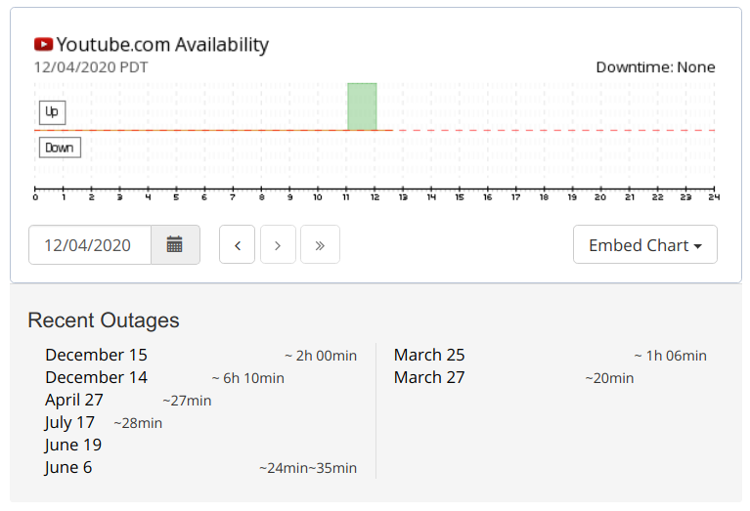 There are numerous sites online that detect whether or not a site like YouTube is down. CurrentlyDown.com is one of the best to use because it shows the YouTube down status on a timeline. The chart above updates every day and showcases any time the site experiences errors. You can refresh this page to be instantly alerted when YouTube goes down.